Suspected armed criminals have threaten to attack Kawaye village of Anka Local government area of
Zamfara state if not given N6
million as ransom to serve as a condition not to attack it, the Anka local council
chairman Alhaji Mustapha Gado said.


Daily Trust reported that Alhaji Gado said at Abare village during a visit the
Special Assistant to the president on Social Investment and a team of
personnel from the Save The Children International who went to the
village to monitor how the Child Development Grant was being disbursed
to pregnant and nursing mothers in the local government area.
He said the armed bandits told the village
head to mobilize his subjects to raise the money and ask the security
operatives already stationed in the community to withdraw or face dire
consequences.
“They brought a bag in which the said money would be put. They also
asked the village head to tell the authorities to withdraw the security
operatives stationed at the village,” he said, adding that his quick
reporting of the matter to the appropriate authorities appeared so far
to have saved the situation.
Speaking on frequent raids the armed bandits on the illegal mining
sites in the local government area, the chairman said the hoodlums were
still attacking the mining places although it had drastically reduced.
source: Daily trust
Tagged: News 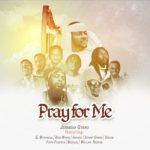