Bandits who kidnapped six Assistant Superintendents of Police in Katsina State for over one week are demanding N100m ransom for their release.

The abducted ASPs were among the nine who were just promoted to their current rank. They were attached to the Mobile Police Squadron 6, Maiduguri, Borno State.

Findings on Wednesday, November 18, indicated that the ASPs were demobilised from the riot unit and eight of them were on their way to the Zamfara State Police Command on transfer when they were ambushed in the Dogondaji area of Katsina State and taken into the forest, Punch reports.

While being led away, two of them escaped and one of them was shot in the leg but survived. He found himself at a village and the villagers took him to a police station and he was taken to a hospital.

The other six officers are still with the bandits who are demanding N100m ransom.

The families of the missing police officers were anxious about the safety of their breadwinners following the N100m ransom demanded the bandits, Punch reports, adding that the families were attempting to raise N3m for the release of the captives or N500,000 each. 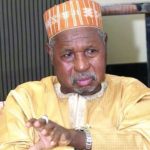