A lawsuit filed by former deputy governor of Central Bank of Nigeria (CBN), Obadiah Mailafia challenging a police invitation over his comment of a Northern governor being one of the commanders of Boko Haram, has been struck out a High Court sitting in Jos, Plateau State on Tuesday September 29.

Justice Arum Ashoms who presided over the case dismissed the case on grounds of lacking merit while also pointing out that the police has the constitutional powers to investigate and invite citizens to investigate allegations especially as it bothers on security issues.

He added that the police is saddled with the responsibility of prevention and detection of crime, apprehension of offenders, the preservation of law and order as well as the protection of lives and property and due enforcement of 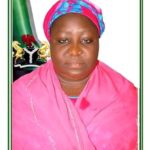