The Nigeria Police Force said that DSP Promise Nwosu, the Chief Security Officer (CSO) to Rivers State Governor, Nyesom Wike, was redeployed as a result of his involvement in gross professional misconduct and apparent partisanship.
The Rivers State Government had earlier raised the alarm of plot to assassinate Governor Wike following the removal of the CSO.A press release issued on Wednesday, December 7th and signed Force Public Relations Officer, spokesperson, DCP Don Awunah, said the redeployment must not be misinterpreted” as the Police Force must not be drawn to direct partisan politics and acts that are inimical to peace and public order.”The Nigeria Police Force have observed the innuendos, distortion of facts and wild allegations peddled in the mass media following the redeployment of the Chief Security Officer (CSO) to the Governor of Rivers State, DSP Promise Nwosu, as a result of gross professional misconduct.It will be recalled that on 17th November, 2016 during peaceful demonstrations of an opposition party in the state, All Progressive Congress (APC), the Chief Security Officer to the governor, DSP Promise Nwosu was found among the protesting party faithfuls in a manner prejudicial to discipline and displaying conduct unexpected of an officer of his calibre and office.In the course of monitoring the public protest, an Assistant Commissioner of Police in charge of Operations in Rivers State observed the presence of the CSO among the protesting partisan crowd as illegal, unlawful and outside prescribed schedule of the duties of a CSO.The active presence of the CSO to the governor in a partisan crowd of an opposition party to the governor in a clandestine and suspicious manner was considered mischievous and detrimental to the security of the state and public order and also contrary to his oath of office which constitute an offence against discipline.The CSO to the governor, when challenged a superior officer demonstrated brazen indiscipline and showed disrespect to the senior officer, exhibiting conduct that violates all known norms of the force.Accordingly, the CSO was officially queried for discreditable conduct, insubordination, engaging in partisan political activities, illegal duty and act unbecoming of a public officer.As a result of such gross misconduct and apparent partisanship, the IGP ordered the redeployment of the CSO pending further disciplinary action. To this end, the IGP has also constituted an investigative inquiry into the officer’s open engagement in political activities, disrespect to senior officers and unethical practices.It is absolutely imperative the Police and police officers are insulated from partisan politics. The IGP therefore warn all police officers in any capacity to desist from acts that portray the force in a bad light and question the integrity of the personnel.In addition, any police officer, especially CSOs, Aides-de-Camp (ADCs), and orderlies attached to political officer holders or senior government officials who engages in activities outside the official schedule will be removed and made to face severe disciplinary action.It instructive to maintain that the redeployment of the CSO to Governor Wike must not be misconstrued or misinterpreted as it is widely reported in the media. The Police Force must not be drawn to direct partisan politics and acts that are inimical to peace and public order.The Governor as Chief Security Officer of the state is at liberty to select any officer of his choice from the strength of the command to serve as his CSO but under no circumstance should any officer abandon the security of his principal and legitimate duties to engage in direct partisan politics or conversely should any political office holder use police officers attached to them for political machinations.
L.Ikeji 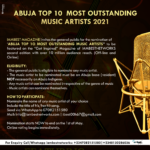