We’ve got a detailed report of Trump and Obama war words recently in December 2016.
This was extracted from NAN, read below…
The war of words between outgoing U.S. President Barack Obama and incoming President Donald Trump continued with Trump rejecting Obama claiming that he could have defeated him in the Nov. 8 presidential election if he had run against him.The Correspondent of the News Agency of Nigeria (NAN) in New York reports that Trump, in a reply to the outgoing President’s claim, took to his twitter handle and wrote in capital letters: “NO WAY!”.The president-elect also listed some policies under Obama’s administration, which he thought  constituted baggage to the outgoing President, and would have made it difficult for Obama to be re-elected had the U.S. Constitution allowed him to contest for the third term.“President Obama said that he thinks he would have won against me.“He should say that but I say NO WAY! – jobs leaving, ISIS, OCare, etc,” Trump fired back at the outgoing president from whom he would take over on Jan. 20, 2017.Obama had told his former senior adviser David Axelrod in an interview for the “The Axe Files” podcast, produced the University of Chicago Institute of Politics and CNN, aired on Monday that Americans still subscribed to his vision of progressive change, asserting that he could have succeeded in this year’s election if he was eligible to run.“I am confident in this vision because I’m confident that if I had run again and articulated it, I think I could’ve mobilised a majority of the American people to rally behind it.“I know that in conversations that I’ve had with people around the country, even some people who disagreed with me, they would say the vision, the direction that you point towards is the right one.”NAN reports that Obama, a former Illinois senator, still receives high popularity ratings among Americans, currently exceeding 50 per cent, one of the highest for a two-term U.S. president.NAN also reports that Obama had in his last Christmas address from the White House, listed some of his administration’s achievements in the last eight years.“Together, we fought our way back from the worst recession in 80 years, and got unemployment to a nine-year low.“We secured health insurance for another 20 million Americans, and new protections for folks who already had insurance.“We made America more respected around the world, took on the mantle of leadership in the fight to protect this planet for our kids, and much, much more.“By so many measures, our country is stronger and more prosperous than it was when we first got here. And I’m hopeful we’ll build on the progress we’ve made in the years to come.”The two-term president said that there was a difference between Trump’s change mantra of 2016 and the hope-and-change vision he heralded in 2008, which won him outstanding victory over Republican John McCain.“In the wake of the election and Trump winning, a lot of people have suggested that somehow, it really was a fantasy.“What I would argue is, is that the culture actually did shift, that the majority does buy into the notion of a one America that is tolerant and diverse and open and full of energy and dynamism.”NAN recalls that in the Nov. 8 presidential election, while Clinton beat Trump in the popular vote almost 2.9 million ballots, Trump won more electoral votes and consequently, the presidency.In the 50-minute session, Obama repeated his suggestion that Democrats had ignored entire segments of the voting population, leading to Trump’s win.He implied that Clinton’s campaign had not made a vocal enough argument directed toward Americans who had not felt the benefits of the economic recovery.“If you think you’re winning, then you have a tendency, just like in sports, maybe to play it safer.”He, however, said he believed Clinton “performed wonderfully under really tough circumstances” and was mistreated the media.The podcast interview was Obama’s latest post-election analysis, which had focused on Democrats’ failure to convince non-urban voters and a media preoccupied with negative stories about Clinton.Obama said his party this year had not made an emotional connection to voters in hard-hit communities, relying instead on policy points he said did not make enough of an impact.“We’re not there on the ground communicating not only the dry policy aspects of this, but that we care about these communities, that we’re bleeding for these communities.“It means caring about local races, state boards or school boards and city councils and states legislative races.“And not thinking that somehow, just a great set of progressive policies that we present to the New York Times editorial board will win the day,” he said.Obama cited an unlikely model for future Democratic success: Senate Majority Leader Mitch McConnell, who he said had executed an effective – if obstructionist – strategy.“Mitch McConnell’s insight, just from a pure tactical perspective, was pretty smart and well executed, the degree of discipline that he was able to impose on his caucus was impressive.“His insight was that we just have to say no to that,” Obama said.He said part of his post-presidential strategy would be developing young Democratic leaders, including organisers, journalists and politicians, who could galvanise voters behind a progressive agenda.The outgoing president also said that he would not hesitate to weigh in on important political debates after he leaves office. (NAN) 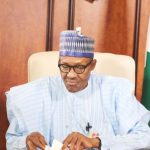