The first bodies of victims from a Russian military plane crash in the Black Sea off the coast of Sochi were flown to Moscow on Monday.
The bodies were to be identified after they reached the Russian capital, Deputy Defence Minister Pavel Popov said, as Russia held a national day of mourning.

At least 11 bodies have been found, and a huge search effort continued on Monday.

Meanwhile Russian investigators are not considering terrorism among the most likely causes of a military plane crash that killed all people on board, Transport Minister Maxim Sokolov said

“The main scenarios do not include an act of terrorism. We believe the reasons for the catastrophe could have been either a technical problem or flight error,” Sokolov was quoted as saying state media.

He earlier said the reason why debris from the crash in the Black Sea had been spread over several kilometres was because of a strong current.

The majority of the passengers on the Tupolev Tu-154, which crashed shortly after take-off on Sunday morning, were from a renowned military band, the Alexandrov Ensemble, on their way to entertain troops in Syria.

Funny – Okunmwendia 29, a graduate of Delta State university is alleged to have presented himself as Sister Julia Imoke,

gold coin worth millions of dollars, which is listed in the Guinness Book of Records has been stollen 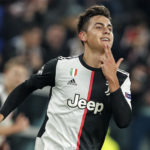