As Christians prepare to celebrate Easter this 2020 amidst covid-19, the Commissioner of Police Niger State has felicitated with Nigerlites in this season also laying emphasis on adhering to social restriction order. In the press release, he further added that Christians should pray for the state and the nation at large. Read the press release below:

As CP felicitates with Nigerlites

The Commissioner of Police, Niger State Command CP Adamu Usman has directed all Area Commanders, Divisional Police Officers and Heads of Departments to continue with the enforcement of the social restriction order emplaced the Niger State Government.

While felicitating with the Christian Community in the State, as Christendom commemorates the crucifixion, death and resurrection of Jesus Christ, the Commissioner of Police calls on religious leaders, worshippers and residents of the State to continue to cooperate with the Police and other security agencies to observe prayers and celebrate in moderation as well as obeying all guidelines provided to curtail the spread of COVID-19 pandemic, most especially the restriction order between 2:00pm to 10:00pm.

He further urged the Christian faithful to use this medium to pray for the State and the Nation as a whole in this trying moment and to see the restriction in the light of the symbolism of Easter which connotes sacrifice, tolerance, perseverance, love and ultimate triumph.
The CP reassured the residents that the Command will remain steadfast and committed in the duty of ensuring public safety before, during and after the Easter celebrations.

Sad! World’s richest man Jeff Bezos and his wife are divorcing after 25 years of marriage

Nothing unpleasant has happened to the President. – SSA to Buhari on media 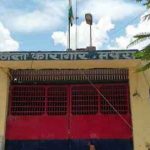