Read the press release below:

Malam Nasir El-Rufai has approved the elevation of HRH Dr. Danjuma Barde, the Esu Chikun (previously known as Sa Gbagyi), to a first-class chief. HRH Dr. Barde was appointed Sa Gbagyi on 29th December 2000 and installed on 18th January 2001, as a third-class chief. He was upgraded to a second-class chief in 2007.

Congratulating the chief on his elevation, Malam Nasir El-Rufai said that “HRH Dr. Barde deserves this exceptional recognition for his role in promoting peace.” The decision to upgrade the Chikun Chiefdom to first-class status follows a recommendation to that effect the Ministry of Local Government Affairs. The ministry, in a proposal signed the commissioner Prof. Kabir Mato, noted HRH Dr. Barde’s contribution to peace and his active role as a bridge-builder among the ethnic groups in the chiefdom, a fact the government recently acknowledged in a letter of commendation to the chief.

Prof. Mato also drew attention to the fact that much of HRH Dr. Barde’s chiefdom is within Kaduna metropolis, noting that the chief has been able to promote integration among the diverse population of the chiefdom, which covers the entire Chikun local government area of the state. The ministry therefore recommended that he be elevated, to recognise his efforts, and to encourage people who make peace and harmony a priority.

The name of the chiefdom was recently changed from Gbagyi to Chikun chiefdom to reflect government policy that anchors the authority of traditional leaders on territory, not tribe. This is to ensure that the traditional rulers include and command the allegiance of every group within the territory, rather than just the people with whom the ruler shares a common ethnicity.

HRH Dr. Barde holds a degree in Education and has worked as a teacher and chief education officer. He is also a former member of the Kaduna State House of Assembly.

APC says it’s yet to receive resignation letter from Atiku 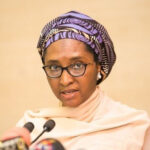 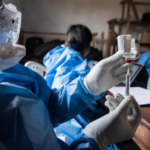