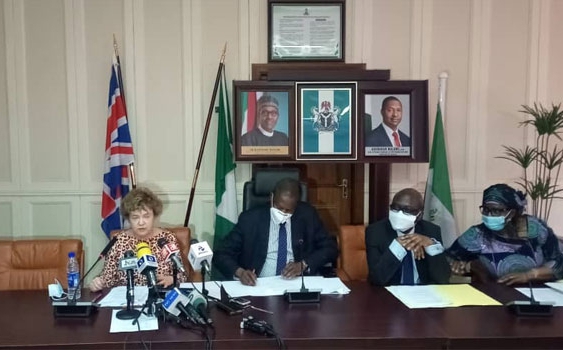 The British High Commissioner to Nigeria, Ms. Catriona Laing, disclosed this at a ceremony for the signing of a memorandum of understanding (MOU) between both the Nigerian and UK government in Abuja today March 9.

She said this was the first tranche of such planned returns. She added that what is being returned to the Nigerian government was retrieved from friends and family members of Ibori.

She noted the Ibori case is complicated and the United Kingdom authorities were still working on the total actual amount involved in the case.

The Minister of Justice and Attorney General of the Federation, Abubakar Malami, who signed on behalf of the Nigerian government, disclosed that President Buhari has directed the returned loots to be deployed to completion of the second Niger Bridge, the Lagos to Ibadan expressway and the Abuja to Kano expressway projects.

On February 27th, 2012, Ibori pleaded guilty to 10 counts of money laundering, fraud, conspiracy to defraud, and other offenses in a London court. He also pleaded guilty to stealing over $250 million public funds while he was governor.

The former Governor of Delta state was released from a UK prison in December 2016 after completing his jail term.