The office of the Minister of State for
Petroleum Resources Ibe Kachikwu has confirmed that there was a fire
incident at the Asokoro residence of the minister on Sunday night.

Spokesperson for the ministry Idang Alibi told Daily Trust that
it was a normal fire outbreak that was caused a faulty electric
wiring at a section of the building.

Alibi said no one was hurt during the incident as it was not too serious, adding that it was not a case of sabotage.

“Nobody was hurt and nobody died,” Alibi said.

He said the minister was not at home when the incident occurred as the fire was contained within few minutes.

Nawaz Sharif has resigned as prime minister of Pakistan 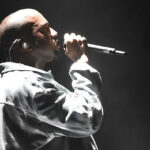 #EndPoliceBrutalityinNigeria: I stand with my Nigerian brothers and sisters to end police brutality – Kanye West