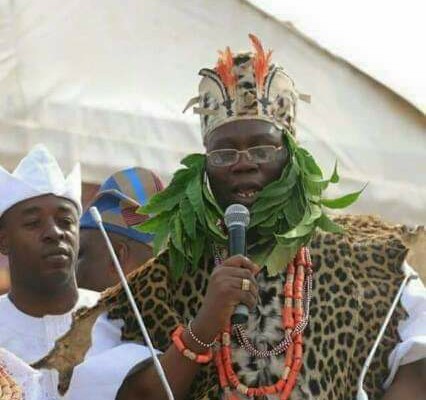 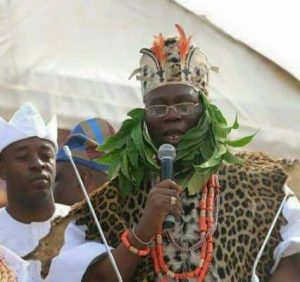 Former Chairman of the Oodua Peoples Congress, OPC, now the Aare Onakakanfo of Yorubaland, Gani Adams has ordered Fulani marauders killing people in the Southwest to vacate Yorubaland now or face a possible retaliation as the Yoruba people will no longer fold their arms and watch their people get killed, raped and kidnapped Fulani marauders.

Arising from a crucial meeting of the Aare Onakakanfo in Council yesterday June 17th, Adams warned that the Yoruba people would be forced to retaliate if the Fulani herdsmen continued to maim innocent people. Adams in a communique issued after the meeting, said

“We cannot continue to fold our arms and let these bandits continue to soil our land with the blood of the innocent. Consequently, we hereask these Fulani marauders to stop their murderous activities and vacate every inch of Yorubaland they currently ravage. Failure to reconcile themselves with these terms may warrant maximum retaliation as the principle dictates that a bully only respects a bully.

“The campaign of blood Fulani herdsmen, who have been ravaging our land, kidnapping, killing, maiming and raping our people in recent years has become a serious source of concern for the Yoruba race; a race renowned for their staunch passion for peaceful coexistence, national cohesion and development.

“The threat posed to our existence these blood-mongering marauders cannot be overlooked as we, as a people, believe that for peace and accord to reign among the multiplicity of people who occupy a common territory, all parties must play a role in ensuring that each and every unit in this country respect each other in all ramifications,” he stated.

In the statement, Adams noted that it was disheartening and most embarrassing that the group, despite several appeals to their consciousness and common sense, had continued to wreak havoc in Southwest land, and forcibly planning to reap where they had not sown.

”As true spawns of Oduduwa, we are unequivocally forthright about this threat posed this group which the federal government has turned a blind eye to refusing to call a spade its name, dubbing the Fulani marauders as criminals, bandits, and pillagers. Every true blood of the Yoruba race is at the risk of being haunted and slaughtered this reckless group if we keep sugarcoating the bloody implications of their evil enterprise.

“We are acquainted with the nature of Fulani nomads in the past, and we know as a matter of fact that they were not carrying AK47s. It is because of this naked truth that we ask that these people be labelled as what they are. We are clamouring that the appropriate moniker should be used to tag them. They should be addressed as ‘Fulani bandits,’ for we believe that there is power in names.

“We strongly advise Obas and local Chiefs to show more than passing interest in the activities of people in their domains. They must know that they cannot be blameless for their failure to account for and monitor strangers in their areas of jurisdictions, particularly those whose activities run contrary to peaceful coexistence.”