After a friend of mine Solomon Nyadu prayed against anything that will make him visit Minna, the state capital of Niger, in my heart I thought it was some sort of mockery against the Government. I didn’t take it seriously because he shouted “Holy Ghost fire” on Facebook.
He made that statement on Friday and I had plans to travel to the same Minna that was prayed against.
I took off on Saturday to minna to see some family members. I enjoyed my journey from Suleja not until after Kwakuti I then realized that the prayers Solomon Nyadu made was little compared to what I met.
After Kwakuti, I was wondering if Niger state has a working living Government. I could not breath, my body, and my clothes were dusty and sandy as though I went to farm to harvest yam. The road leading to Minna from Suleja is not motorable, unsecured. The road is synonymous to Jubilee road and back of general hospital road in suleja(these are bad roads in Suleja LGA that has been abandoned ; even when walking on the road on foot, it’s as though you are walking on thornes – Chukuchuku).
“Life tire me that day“.

In my heart, I have been asking, do we really have a government in Niger State, does the state government receives any allocation at all from the federal government?
What are our senators and house of Representative members doing with the constituency project allowance given to them?
How does the Niger State Governor feels when he takes that axis to Abuja?
How does he and his cabinet sleep at night knowing fully well that Niger State has bad road networks?

I know some addict and fanatical followers of this administration would want to fight me back but then, we must not stop saying the truth. Infact I want the supporters of this administration to see this so they will communicate to the Niger State Government what the people are in terrible situation. As it is right now, an asthmatic patient can’t take that road for fear of having an asthma attack. How can a sick person be transported from minna to Abuja in an emergency situation? That road is a danger zone for possible criminal activities at night. It’s dead zone for motor deadly accident. The decades, the government will say they constructing a better one but year in year out, the road worsens. But there has never been a time that the road gets worst like now. Unfortunately even the road networks in Minna town are getting dilapidated. What is going on in Niger State. Aside from payment of salaries which is most times delayed, what else does Niger State Government do with money from taxes and allocations? We have two former military head of states in Niger State (IBB and Abdulsalam Abubakar) yet, the state seems like the worst in Nigeria. Where did we go wrong as Nigerlites? I ask again, do we have a living working Governor in Niger State? If we do, Let’s see him get to work.

Words in Pen: She is Equal to the Task (revised article) Shedy Elisha 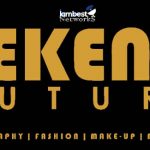 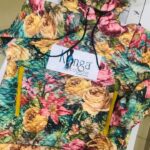