FacebookTwitterEmailWhatsApp
Ten years ago, I was graduating law school and going to work in a mid-size law firm in Atlanta as a real estate finance attorney. If you had told me then that I’d go on to become a sports business analyst for ESPN and then found my own boutique publicity firm, I’d think you were crazy.

But I know firsthand that you can completely transform your career using social media. Facebook, Twitter, and YouTube are big, noisy platforms, and it can be pretty daunting trying to carve out a niche for yourself. But with a little diligence and strategic thinking, you can establish yourself as an expert in a field that excites you and attract an audience. And before long, that can lead to the career move you’ve been looking for.

TAPPING INTO TWITTER DISCUSSIONS
LinkedIn might seem like the obvious social platform to use when it comes to career transitions, but it’s hardly the only option. The first time I changed careers, it was thanks largely to Twitter. I was blogging about legal and business issues in sports, and Twitter not only gave me a platform to share my ideas, but it also allowed me to connect with influencers in the space who began to share my content to a wider audience.

You don’t have to suck up to celebrities or gain an enormous Twitter following of your own in order to see success, either. You just need to make the right connections to reach your goals. Heather Martin was working in college athletics but had aspirations of landing in an NBA team office when she spotted a Boston Celtics executive in a Twitter chat one evening. Martin turned an interaction in the chat into a phone call, which created a genuine professional relationship. As a result of that connection, her resume was plucked from a pile the Detroit Pistons, and Martin landed her first job in the NBA.

Twitter chats aren’t just unorganized pile-ons where dozens of people respond to a thread. They’re generally led moderators who ask questions and seek answers and feedback from others interested in the topic. They usually start and end at a certain time and rely on a specific hashtag to keep everyone’s ideas organized in one feed.

Unfortunately, it can be tough to find relevant Twitter chats within the platform itself, so your best bet is to search Google for “Twitter chat” followed the name of your industry or area of interest. For example, searching for “travel Twitter chat” reveals results including several Twitter chats focused on travel advice and planning, which might be a good destination for travel bloggers looking to grow their networks.

USING YOUTUBE TO TURN YOUR HOBBY INTO A JOB SKILL
Ashley Ruiz, the founder of successful music blog The Miss Ruiz, started her YouTube channel to support her blogging efforts, but it ultimately led her to change her college major–and career direction–from nursing to public relations and marketing. “I was very comfortable being on camera,” says Ruiz, “so I thought, ‘Why not?’ I had no idea it would evolve into what it became.”

Not long after Ruiz first started her YouTube channel in 2012, she decided to start growing her reach partnering with videographers who were looking to expand their portfolios. The videographers would share the videos they shot with Ruiz with their own audiences, which instantly helped boost her profile. That idea worked so well that she later partnered with clothing companies that would share photos of her wearing their pieces at events.

But the lesson here isn’t to try becoming a YouTube celebrity or brand ambassador in order to change careers. Instead, it’s that bartering can go a long way, especially when you’re looking to turn a side hobinto a full-fledged job skill. As Ruiz puts it, “I believe one thing that helped distinguish me from other vloggers was that I promoted other brands who then turned around and promoted me.”

While it was challenging, Ruiz gradually establishing her credibility this way, eventually working up to interviewing major music acts, including The Script and Jason Derulo, on her YouTube channel. “Oftentimes I was granted interviews with artists because I was independent,” she says, “and since I had built relationships with the record labels, it made the interviews more enjoyable. They would give the artist the ‘she’s okay’ nod, so they knew it was okay to speak freely, because I controlled my own content.”

Within a couple of months of launching her channel, Ruiz landed her first big interview (with Isaac Slade, lead singer of The Fray), which shortly afterward earned her a gig on the red carpet at Y100’s Jingle Ball in Miami, one of the biggest radio events of the year, interviewing Ed Sheeran, One Republic, Flo Rida, and others.
Although Ruiz didn’t pursue being a blogger and media host full-time, the experience did lead her down a new career path in marketing and public relations. Today, she’s a marketing manager for law firm Jimerson & Cobb. She says her experience as a vlogger and YouTube personality has taught her how to create quality content and integrate video into marketing efforts–particularly in fields where it hasn’t necessarily been embraced, like the legal industry.

FINDING CLIENTS AND BUSINESS LEADS ON FACEBOOK
For most people, Facebook is a social platform for interacting with family and friends more so than with business associates and clients. You might have a business page, but chances are you’re not participating regularly in Facebook groups where your ideal client or customer hangs out.

If not, you’re missing out. In my first year in business as a publicist, I gained around 95% of my clients engaging in Facebook groups. You can easily find groups in your area of interest searching keywords in the search bar on Facebook. If you expand to see all results at the bottom of the dropdown that appears, you’ll see a section that focuses on group results. Each group has a description and will let you know the type of people who should join.
Once you’re a member of a handful of Facebook groups in your field, just dive in and comment on existing threads. In some groups, you’ll be encouraged to post an introduction. Definitely take advantage of that opportunity to let people know who you are and what you do. Make sure you read any posted group rules before you create any new posts of your own, though, since every group is different, and you’ve got to make sure you’re following the guidelines in each.

I’ve also noticed that the majority of people who sign up for my small group publicity program are people who engage with my Facebook Live broadcasts on a regular basis. I alternate doing these through my business page and inside my Facebook group, and I’ve found they both produce similar results. Personally, I see the best engagement when I produce Facebook Lives at least twice a week, so that’s always my goal.
If you’re planning to use live video to position yourself for a new career, use your videos to establish yourself as an expert in your field. How? By teaching small tasks or skills, or providing commentary on something trending in the news.

No matter where you focus your efforts–whether it’s finding Twitter chats to engage in or hosting Facebook Live broadcasts–the key on every social platform is to provide value to your audience. In fact, that’s just Networking 101. Teach somebody something or offer them something useful, and you’ll be on your way toward gaining their trust–and possibly changing your own career.

ABOUT THE AUTHOR
Kristi A. Dosh is a publicist and the founder of Guide My Brand. 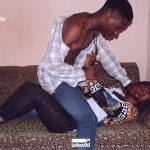 Words In Pen: OBJECTIFIED IN HER SILENCE – Justina Sale Barde 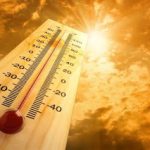 Words In Pen: During Hot Weather – What to Do to Prevent Heat Problems 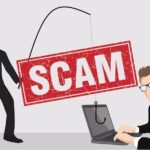