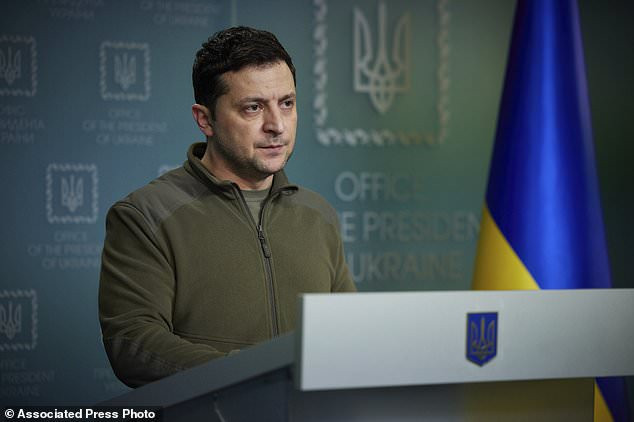 Ukraine’s president, Volodimir Zelensky, has rejected US president, Joe Biden’s offer to be evacuated out of the capital Kyiv as Russian forces attempt to close in on the capital after a barrage of airstrikes on cities and military bases

‘The fight is here; I need ammunition, not a ride,’ according to a senior American intelligence official with direct knowledge of the conversation.

Earlier, Zelensky said in a televised speech: ‘This night they will launch an assault. The enemy will use all of their power on all fronts to break our defense. This night we have to stand ground. The fate of Ukraine is being decided now.’

On Friday, a second Russian Ilyushin Il-76 military transport plane was shot down near Bila Tserkva, 50 miles south of Kyiv, according to two American security officials .

The conversation between Biden and Zelensky comes after a video showed him in his military tent drinking coffee with his men.
US security officials say Zelensky, who three years ago was a comedian and actor, personally coordinated the defense of Kyiv from his military tent.

Biden has authorized the release of $350million of military assistance to Ukraine while France and Poland have agreed to send ammunition and defence systems to Ukraine as at press time. 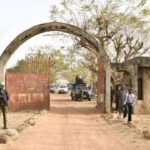 WEEKEND COUTURE: SHOWCASING THE FASHION & STYLE OF THE SOUTH-SOUTH PEOPLE OF NIGERIA 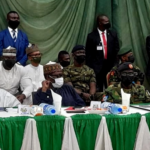