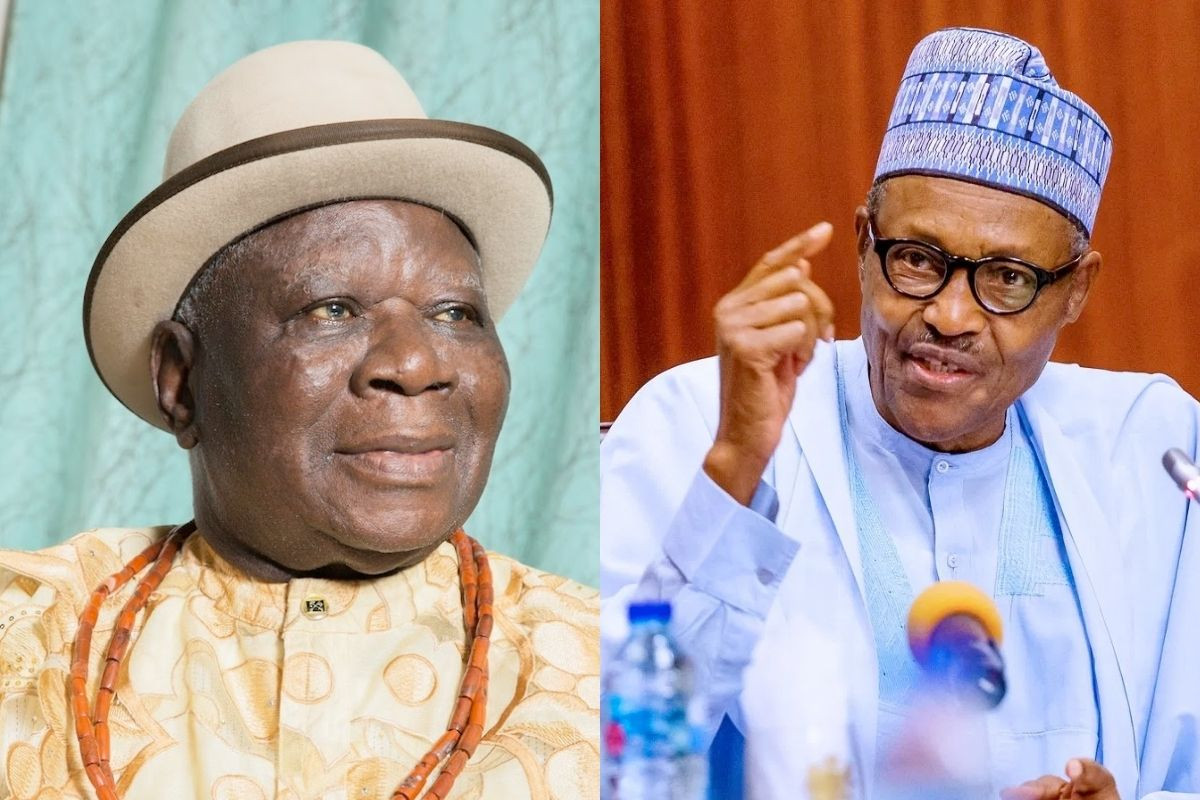 The President said this while at the palace of the Sultan of Sokoto on Thursday January 27. Revealing that he is overwhelmed the security situation in the North-West region, Buhari said;

Countering the claim, Edwin Clark stated that the significant peace being enjoyed in the region cannot be attributed to the current administration.

Insisting that insecurity in the region reduced during the administration of former President Goodluck Jonathan, the elder statesman further alleged that the security challenges resumed at an “alarming rate” after Buhari came on board.
Clark said;

“No doubt, a good amount of peace has come to the Niger Delta in the past few years. However, your claim as having been the main architect that brought the peace does not properly convey what transpired.

“If you will recall, your excellency, before your government came on board, insecurity which had reduced substantially during the tenure of your predecessor, resumed at a very alarming rate.

“The period saw the emergence of a new group, the Niger Delta Avengers, which virtually held your government hostage, oil production went down to as low as about 800,000 barrels per day.

“Your government adopted a military approach to quell the agitations, deploying the so-called ‘Operation Crocodile Smile’ in August 2016, which did not in any way solve the problem.”

Clark also accused Buhari of marginalising the region, abandoning several projects, and persecuting leaders from the region who served under the previous administration, citing the invasion of his home in September 2018