The former Ohio Court of Appeals Judge, has offered to help his congressman Representative, Steve Chabot, to draft the articles for Trump’s impeachment.In an article he wrote for Cincinnati.com, he said…

“In any time except our post-factual era, no office holder, much less the president, could get away with any one of the dozens of dazzlingly illegal things Trump has already done. They would forfeit office immediately,” Painter wrote.

“Who knows what happens next. Each new day is a new nightmare. We are still trying to digest one breathtaking assault on America when another is signed, issued, or Tweeted. All this amid constant lies. Constant. Lies.

“It’s tough, but we must end this dangerous presidency. Trump must be impeached and removed with all haste. But only Congress can initiate the process.”

“We must admit we have elected a president who has immediately proved himself to be a grifter, a pathological liar, a mean-spirited bully and dangerous to American values. “

Osaze Odemwingie scored on his debut for Indonesian side, Madura United

Local governments without a democratically elected council shall not be entitled to any revenue from the Federation Account. – Senate 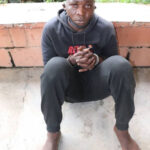