Reno Omokri, best seller has via his social media platforms explained why he can’t say ‘Amen’ to a Muslim prayer. Read what wrote below:

“Since yesterday, I have been inundated with messages from my beloved Muslim followers, who I appreciate so much, after I politely explained to one Abdulmallik Mohammed that Christians and Muslims must love and respect each other, but should never deceive each other that we worship the same God, because we do not.

The simple reason is that Quran 17:111 says that God does not have a Son, meanwhile in Matthew 3:17, God Himself spoke from heaven and said “This (Christ) is my beloved Son, in whom I am well pleased.” Since both statements are contradictory, it is very clear that the same God could not have inspired both statements, because God is not the Author of confusion.

I only wrote what I wrote because Abdulmallik wanted to compel me to say amen to an Islamic prayer, and I politely explained to him that I ONLY say amen to prayers in Christ’s Name, and he took offence. To all my Muslim followers and fans who took offence, I regret the offence, but I have no apologies to make.

We have to be careful in Nigeria about people who insist on religious compromise as a way of achieving peaceful religious coexistence. Once we water down our faiths to please our neighbour, our faith is no longer sacred. It becomes like fashion. Something that changes over time. We may end up with Chrislam, something that is neither Christianity or Islam. God forbid!

Galatians 1:8 says, “Even if we or an angel from heaven should preach a gospel other than the one we preached to you, let them be under God’s curse!”

Every Christian who believes the popular line that Christians are worshipping the same God with Muslims, should meditate on the above verse. Both Scripture and the Quran do not ask us to FORGET our differences. Rather, they ask us to UNDERSTAND our differences. Harmony does not mean uniformity. It means that we agree to disagree without being disagreeable.

Now, this does not mean that Muslims are bad. No. I know many Muslims who are better behaved than many Christians. I know Nigerian Christians would not like to hear what I am about to say, but my experience living in the North (Sokoto and Kebbi, where my late dad was a judge, and later a justice) is that Northern Nigerian Muslims tend to be more honest than Southern Nigerian Christians.

However, what I am saying is that Muslims have their religion and we have ours. We should not try to force our religion down their throats, and neither should we accept that their religion should be forced down our throats.

For the avoidance of doubt, Christianity as a faith believes that Christ came to Earth physically, was killed, was resurrected God, and is the Only Way to God, since He is the propitiation for the original sin of Adam.

If you believe in another way, then I love you as a human being, because God loves all human beings. But please, don’t mistake my love for acceptance of your religion. To quote quran 2:256 (Al-Baqara), “There is no compulsion in religion”. 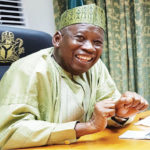 Ibrahim Badamasi Babangida yesterday commended the federal government for the process that led to the release of the 21 Chibok Girls.