Three more positive cases of the dreaded CoronaVirus disease (Covid-19) has been recorded in Niger State, bringing the total number of confirmed cases in the state to Six.

Disclosing this in Minna, Commissioner of Health, Dr. Muhammad Makusidi said the new cases include a medical Doctor who returned from Kano and working with FMC Bida, a returnee from Akwa Ibom state who is from Kagara and a female resident of Suleja town who also is a returnee from Kano.

Dr. Makusidi revealed that a confirmed case from Kano, hitherto in isolation at the Minna Isolation Center, has absconded and that the committee is making frantic efforts to trace and return him back to the center.

He said the female victim had started exhibiting the symptoms of the disease from Kano but found her way back to the state allegedly due to lack of attention there adding that she was immediately approached some members of the state Covid-19 committee following a tip off where she profusely denied exhibiting any of the symptoms.

According to the Commissioner, the lady’s situation started manifesting three days later and was brought to the Minna Isolation Center whereafter she tested positive to the Virus. He said two of her brothers who accompanied her from Suleja have also been quarantined after willingly accepting to be so quarantined.

The Commissioner stated that the three new confirmed cases, who are already quarantined at the state government facility, are been handled accordingly adding that one confirmed case, out of the six recorded so far from the state, has been discharged after testing negative to the Virus twice.

Dr. Makusidi reminded the citizens always put on their facemasks in public places and ensure adherence to the social distancing and other precautionary measures put in place the state government.

Recall that the state government recently announced that intra and inter-state borders will remain closed, except for basic necessities, while also banning human and vehicular travels at night. 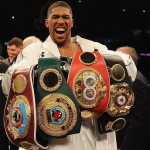