No local community develops with the fear of insecurity and business destruction. It’s disheartening to see how people of my local government, especially the people of Kokki, Gurmana, Manta, Alawa, Jiko, Maguga, Bassa, Kwaki, Chikuba, Erena, Magami to mention but few and neighboring villages are suffering from banditry attacks, kidnapping, cattle rustling, raping and armed rubbery leading to lose of millions of lives, properties, businesses and failure in all daily activities.
Speaking with an eye withness from Lagbe who happened to have been rubbed recently said, the bandits invaded their village in huge numbers (about a hundred) riding on motorcycles wearing the military camouflage uniform. Amidst them were children that directed all the rustled cows to an unkwown location and hideout. He further added that before they attack, two spys were sent prior to their entry to survey the village.

This have always been their “grand style of entry” into most villages.
Time immemorial, security in human existence is as important and paramount as life itself. Without security, life will be miserable. Therefore, the need for security as it affects life cannot be overemphasized. On the other hand, insecurity is undoubtedly a big set-back and stumbling block to all social, economic and political activities, among other life enhancement activities.
Shiroro Local Government area of Niger State has become the epicenter of armed banditry, cattle rustling, kidnapping and wanton killings. A once peaceful and prosperous Local Government has been reduced to a mere killing field.Consistently, criminals have attacked our communities at will with little or no effort from the appropriate authorities to repel the attacks.
Insecurity occasioned sustained armed bandits, kidnappers and cattle rustlers attacks have almost become the order of the day theresubjecting unarmed, helpless, hopeless and law abiding citizens to untold hardships and miseries.
The catastrophe, which started like child’s play few years back with little attendant effects has now metamorphosed to like a wildfire that is proving difficult to be contained or quenched. The modus operandi of the deadly terror group is that, they will target a number of Communities and in their large numbers forcefully invade them simultaneously during which they will commit a lot of assorted atrocities. At will, they launch attacks on Communities unchallenged with virtually no confrontation from the very government that sworn to protect the inhabitants therein. These hydra-headed criminals have become regular visitors to their victims who have since resigned to fate as a result of crass negligence, wishy-washy, lackluster, nonchalant attitude exhibited government towards citizens’ plights. Whenever they strike, they always leave scars that can hardly be heeled.
The attendant consequences of their heinous crime include among others: unleashing all sorts of havocs and mayhems on their unsuspecting victims ranging from killings, carting away assorted valuable belongings, kidnapping, rapping their victims’ wives, sustenance of various degrees of injuries, destruction of properties and even setting their houses ablaze. It is needless to say that, these incessant and ceaseless attacks these people of the underworld have become a source of worry and concern.
For instance, I came from Shiroro local government, one of the local governments mostly hit this venomous, cruel and hydra-headed massacre. Virtually, all the communities and villages from Lakpma axis of the local government have experienced bitterly one form of these persistent attacks or the other masterminded these deadly and sworn unrepentant monsters. What is only left for the syndicate is to foist their flag on our localities and declare same their republic.
It’s on record that, these bloodletters have succeeded in kidnapping many people and huge amount of money paid as ransom to rescue their release while those whose relatives could not afford to raise the demanded ransom are allowed to remain languishing and sometimes died in the kidnappers’ den.

The Government, which is primarily responsible for the safety of lives and properties have been abysmal in the fight against insecurity. There are reports of security agencies not responding to distress calls, and in some cases there are no numbers to call in emergency situations. No sensitive and responsible government will toy with the security of lives and properties of its defenceless, unarmed, loyal, peace loving and law abiding citizens. Any government that craves to be taken so serious will not treat or handle security with crass levity, insensitivity, carelessness, negligence, heartlessness and callousness.

Without reservation, the Federal Government has been indifferent to our plight. There has been no commensurate effort specifically aimed at flushing out criminal elements in our communities, therecasting doubt in the minds of our people as to whether we are still part of the entity called Nigeria. One can as well say that, the government on its own capacity is conniving with these criminals to eliminate the GBAGYI people in Niger state as there’s no any attempt either federal or state government to cushion this menace that has been raveling in the state.
As a matter of fact, we are no longer secured and safe in Shiroro local government, what is only left for these bandits is to foist their flag and lay claim to Shiroro Local Government. Our patience is exhausted! Must Government at all levels wait until we are exterminated and our communities and villages wiped out on the world map before doing the needful? It is that bad.

It is worrisome and regrettable that people have been recklessly neglected the very government that vowed to protect them under whatever circumstances. Compelling locals to resort to self help fending for themselves security wise is the height of insensitivity and wickedness. This is a clear case of dereliction of duty and abdication from responsibility on the part of government. Government in its wisdom deemed it necessary and fit to continually place its citizens at the mercy of cruel and hardened criminals thereforcing them to be more vulnerable, soft targets as well as to continue to wallow in perpetual insecurity, constant fear of attacks, uncertainty and unrest.

Give birth to only children you can cater for – Emir of Kano, Sanusi tells Nigerians 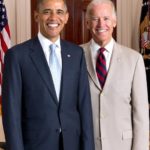