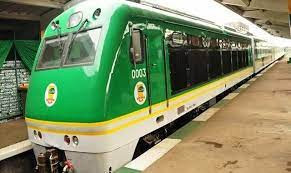 Nigerian Railway Corporation (NRC) has suspended the resumption of train services on the Abuja-Kaduna route.

This comes amidst threats members of the over 50 Nigerians kidnapped terrorists during the March 38 train attack who vowed to occupy the train tracks if the Federal government resumes the train services without first securing the release of their loved ones.

The corporation had immediately suspended train services on the route. However, last week, it announced that it will resume services on May 23rd, a situation that did not augur well with the victims’ families who threatened to disrupt operations.

In a statement issued NRC’s spokesman, Yakub Mahmood, on Friday, May 20, the agency said a new date would be announced soonest.

“Sequel to our earlier Press Release No. 10 dated 16th May 2022 on the above caption, the General Public is kindly invited to note the Nigerian Railway Corporation (NRC) is announcing a shift in the resumption date for Abuja Kaduna.

The NRC will continue to cooperate and collaborate with the Federal Government in its uncompromising mandate of protecting the territorial integrity and the internal security of Nigeria for safeguarding the lives and properties of its citizens especially as it concerns the rail sub-sector.

In the same vein, we once again identify with the relatives of those in captivity on the account of the recent attack on AKTS to be rest assured that the Federal Government is alive to its responsibility for the safe rescue of all persons being held, hostage.

We, therefore, appeal, particularly to the relatives of persons held hostage to be patient and cooperate with the Corporation and the Security Agencies as the Federal Government is exploring all possible ways and means to ensure the safe release of their loved ones from captivity, soonest. The NRC expresses its profound gratitude to the security agencies for the continued support.”the statement released

our people are demanding that we do all that is in our power to reverse this long and unenviable power sector blight- senate president, Bukola Saraki