Niger state today 29th October 2020 in a statement through the state’s information officer Tanko Lawal said protest will no longer be allowed in the state because of the recent security issues. Read the statement below:

The Niger State Government has announced the banning of all forms of processions, protests across the State.

A statement issued Secretary to the State Government (SSG), Ahmed Ibrahim Matane disclosed that the banning of the protests is with immediate effect.

The SSG further revealed that the State Government has also banned all forms of Eid-el Maulud processions, rallies and gatherings on the Streets that will lead to the blocking of roads in the State.

Ahmed Matane enjoined the Muslim Clerics to ensure Eid-el Maulud activities are celebrated within their localities.

He revealed that the decision to ban protests and processions is as a result of the security situation in the country occasioned end SARS protests.

The SSG said though Government would continue to respect the right of the people of the State to go about with their legitimate activities, it would however not allow any group to abuse the right of the citizens breaking the law and infringing on other people’s rights in the community and public roads. 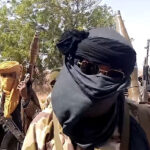 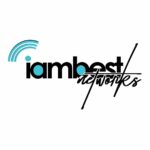