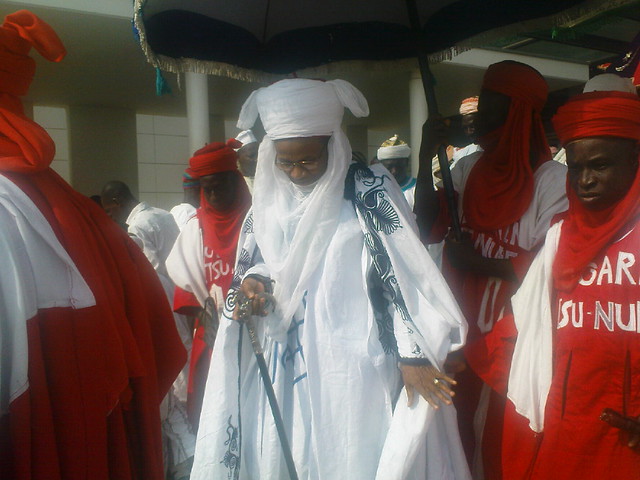 The Nupe are organized into a number of closely related territorial groups, of which the Beni, Zam, Batache (Bataci), and Kede (Kyedye) are the most important. The Kede and Batache are river people, subsisting primarily fishing and trading; the other Nupe are farmers, who grow the staple crops millet, sorghum, yams, and rice. The Nupe are noted throughout Nigeria for glass beads, fine leather and mat work, brass trays, and fine cloth.

BIDA: THE CAPITAL OF NUPE LAND
Before the Fulani conquest in 1804 the Nupe Empire has reached the height of its fame. Later developments brought the kingdom under the domination of the dynasty of the empire of Gwandu – after the Fulani conquest of the entire Hausa States. After the seizure of authority from the natives (non-Fulani rulers) in 1810, Mallam Dendo (locally called Manko), a Fulani scholar from Bangana (a village near Brinin Kebbi)
established himself as the new leader. He thus moved the then Nupe capital from Raba to Bida.
On the world map, Bida lies between latitudes 620’ and 715’ North of the Equator and longitudes 540’ and 6 33’ East of the Greenwich Meridian. This geographically places the area almost in the centre of Nigeria.

Bida is generally regarded as the capital of Nupe land in Nigeria. Its rapidly increasing population is put presently at more than 600,000 people.
History has it that 1352, the Nupe people were already settled in this location. Geographically this location shares boundaries with the Federal Capital Territory (FCT) in the South East of Bida and Minna towards Suleja.

Language
They speak a language of the Nupoid group in the Benue-Congo branch of the Niger-Congo language family. Others languages in the group are Igbira (Ebira), Gbagyi (Gbari), Gade, and Kakanda. Nupe is related most closely to Gbari and Kakanda in structure and vocabulary. There are at least two markedly different dialects: Nupe central and Nupe Tako
There is a remarkable difference in the language tone of the Nupe people, that distinguishes individual’s location in the zonal distribution of Nupe people. For instance, Nupe people around Lafiagi/Pategi and Bacita have a distinct tone from others. Similarly, the tone of Nupes from Lapai is clearly different from that of others from other zones. The same thing goes with the tonal expression of Nupes in Lokoja, Muye, and
Budan areas. However, there is a common definition and understanding when the central Nupe tone is used.
In another perspective, the use of Nupe in its spoken term is pure. However, it is noteworthy that due to long time or centuries of intercultural activities between Hausas and Nupes, certain words seem to have been integrated into the lifestyle and certain expressions in Nupe culture.
Most importantly too, the sharing of practices based on the common principles of Islam that is the predominant religion of the Nupes and subsequent Jihadist activities have left traces of language sharing and combination of Nupe and Hausa words. A similar trend is observed among the Nupes in Lafiagi and the Igbomina Yoruba in the South Western Nupeland. The interrelationships are so deep that in some Yoruba villages in the Igbomina area, in certain ceremonies, a Nupe head presides with deep sense of respect for
ancestral backgrounds of the two groups. This is particularly significant, given the history of several families formed as a result of Yoruba – Nupe intermarriages.

History (The formation of Nupe kingdom)
The Nupe kingdom was founded Tsoede, alias Edegi who was born in 1465. The early Nupe history recognised Tsoede and his fundamental contributions to the building of Nupe dynasty. Tsoede was the son of a Nupe mother and an Igala father who was raised at the Igala court in Idah but later returned to his natal home in Nupeland. He returned with magical and symbolic regalia bequeathed to him his father, the Igala
king. On his return to his maternal home he gained control over the vast area of Nupeland and extended his kingdom conquering the lands of neighbours as well. The people conquered were the Yoruba in the south and the Kamberi and Kamuku in the north. He founded Nupeko as his administrative capital and from there asserted his political might and authority in the entire Nupe kingdom. Tsoede passed away in 1591 in one of his military expansionist missions, north of the Nupe kingdom. Hence, Nadel refers to Tsoede as the culture hero and mythical founder of the Nupe kingdom.

The Nupe people have been recognised for their tremendous achievements in the history of the black race, according to valuable information from the work of the renowned anthropologist, Professor S.F. Nadel, the author of the Black Byzantine, who spent over 20 years in Nupe Land and spoke Nupe fluently in those hectic years of anthropological research. His adopted Nupe name was Ndakotsu Nasara (Etsu’s grandfather, the white man).

The Nupe people have historical links with the Hausas of Katsina, Kano and Borno people. This is evident with few examples. Both the towns of Abaji and Eggan have traditions which confirm that they were founded men from Katsina. Bokane was first settled a man from Kano (Hausa: Bakano i.e. a Kano man) while Kutigi and Enagi became the homes of settlers from Borno whose origin gave the whole region its name, Benu. They are said to be specifically from ukawa.

Despite the ever-increasing connection in social and commercial relationships which gradually spread over Nupeland from the north, we must not lose sight of the fact that the Nupe culture, especially prior to the nineteenth century, was firmly linked to that of its neighbours across the River Niger. Due to overwhelming data on Yoruba history over that of other Nupe neigbouring tribes such as Igala, Gwari and Borgu we can see through documentation and interactions of the long-term connection between Yoruba and Nupe. There is reason to accept the evidence, in this connection, of major shifts in population as well as the emigration of individuals and small groups. For instance western Nupe had once been settled Yoruba-speaking people
who, it was gathered, as a result of integration moved to the south of the River Niger.

It has been interesting to note that historically, it is established that Oranmiyan, a descendant of Oduduwa, the founder of the Yoruba race, married Elempe, the daughter of the Nupe King. Their son was the powerful thundering Sango; thus he was half-Nupe, half-Yoruba. He later became the Alaafin (King) of Oyo Empire. After Sango’s brother invaded the Nupe people during his reign as the king of Oyo, the Etsu-Nupe, known then to the Yoruba as Lajomo, fought back strongly and the evidence of that historical event could be traced to Ede and Ilesha and the conquest of Oyo Empire. However, events of the following years showed that the relationship between the Nupe people and, the Yoruba became to be cordial. This explains the introduction of Egugu into Yoruba land the Nupe. Subsequently, with the introduction of Islam into Nupe Land, it equally spread fast to the neighbouring Yoruba towns like Offa and Ibolo communities.

Nupe servants to leading Yoruba chiefs were treated with cordiality. A prominent example was the Tapa Oshodi, the servant of Kosoko, the King of Lagos, who recognised or treated slaves as free natives. Hence, the Nupes in Yoruba land made themselves at home throughout the 19th century. Therefore, it is not surprising that the Tapa Oshodi’s name has become a popular or household name in Lagos and beyond.
Also, during the 1980s and 1990s, the wind of unity blew across the entire Nupe speaking communities in Niger, Kwara and Kogi states. For instance, this period witnessed a clamour for Ndaduma State, a dream that is still dear to the hearts of Nupes in Niger, Kwara and Kogi states. The recent approval and construction of a major road and bridge across River Niger through Nupeko the historic headquarters of the Nupes to Pategi is a development that is heartily celebrated among the Nupes.

Nupe Kingship Structure
It is good to understand the evolution of leadership structure in Bida, the undisputed headquarters of Nupe people in Nigeria. The traditional inhabitants of the ancient city (Banin Bida) were known as Beni. These were very powerful people with mystical powers (now overtaken Islam). The original house of Etsu-Yisa was the palace of the leadership where the Etsu came from before the conquest of Nupe land the Fulani
rulers (Goyizhi) in 1804, who displaced the Bida Nupe leadership structure in early 19th century.
The Fulani leader-Mallam Dendo (Manko) who became the new leader of this empire started it all. His son, Usman Zaki, became the first Etsu Nupe in 1832.
There are three houses in Bida where Etsu Nupe rotates. These are:
(A) USMAN ZAKI HOUSE
(B) MASABA HOUSE
(C) UMARU MAJIGI HOUSE
Since the emergence of the first Etsu-Nupe of Fulani descendent in 1832, there have been 13 Etsu.

The Etsu-Nupe appoints credible people to several traditional title offices. These title holders are the Etsu Nupe’s loyalists, who advise him from time to time, while several district heads are appointed to head several districts in Bida Emirate. The same is practiced in other emirates.
Some of the current titles are given in table 1Nupes from the three houses as follows:

Settlements
The Nupe live in large villages or towns called ezi. Small settlements are called tunga or kangi, words that signify a “daughter-settlement” of a village or town. The local arrangement of Nupe settlements is consistent, with clusters of compounds consisting of a number of walled compounds, or “houses,” forming a ward, or efu. The wards are separated stretches of open land and farms. A Nupe settlement with its scattered wards used to be encircled a large town wall, whose remains can still be found in many places.

The militant history of the Nupe led to walled villages and towns to protect people from attack. The traditional house consists of a number of huts, mostly round, built of clay and thatched with grass and surrounded a high mud wall. In the twentieth century Western architecture and taste became common, especially among people living in towns. Sheets of corrugated iron are used in place of thatch roofs, and concrete cement houses are replacing mud constructions. Individual families that earned high enough salaries built their own houses rather than living in extended family homes. The refusal to contribute to the cost of the repairs of the extended family home often led to the early disintegration of those homes. 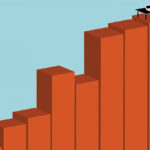 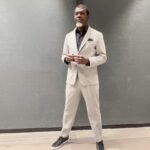 Words in Pen: Why you need better friends – Reno Omokri 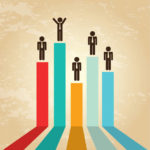 Words In Pen: WHY NOT ME – Justina Barde