Trump in an interview on Fox News’ said ‘I think he (Obama) is behind it. I also think it is politics, that’s the way it is’. Trump then discussed the leaks that have disrupted his first month in office.

“You never know what’s exactly happening behind the scenes. You know, you’re probably right or possibly right, but you never know. No, I think that President Obama is behind it because his people are certainly behind it. And some of the leaks possibly come from that group, which are really serious because they are very bad in terms of national security. But I also understand that is politics. In terms of him being behind things, that’s politics. And it will probably continue.” 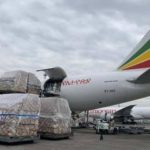