We gathered that the Special Adviser to President Buhari on Political Affairs, Babafemi Ojudu, says acting President Yemi Osinbajo, is working very hard to impress President Buhari that he can manage the affairs of the country in his absence. Ojudu said this while reacting to the comparisons Nigerians have made on the effectiveness of both men since President Buhari went on vacation.

He said it becaus Some Nigerians believe that Osinbajo has performed better in the last one month. Speaking with State House correspondents yesterday, Ojudu said Osinbajo consults President Buhari before taking any decision almost on a daily basis;
Read the statement….

“Almost on a daily basis, yes.‎ Well, there are things he still needs to consult the president. I mean it is not a regular thing, but major decisions he still has to consult Mr. President. The president is still the president. I’ll give you an example. There’s nothing that has been done since the vice president started acting that is not something that started far back in the past. A good example is the Niger Delta initiative. The president called the vice president and said I am giving you the mandate, go into the Niger Delta meet with everyone who is a stakeholder, all the communities, talk to the militants and make sure you solve this problem for the benefits of Nigerians. We’re losing 1.2 million barrels of oil per day, all the gas pipelines powering the turbines are being blown up. And the president has said unless and until we resolve this problem we will not get out of recession. The VP took up the mandate and went to the Niger Delta. It is the initiative of Mr. President, not that of Vice President. One other thing you have to see is that if you give someone a responsibility, he must be able to show to Mr. President that despite that he is not being around, it is not going to create any vacuum. He can then decide not to sleep at all, all through the time the president is away just to show him that he is capable of ensuring that Nigeria goes on well while he is away. And the President could also have given the mandate that let nothing go wrong, I believe in you, I appointed you as my Vice President, you must make sure that you do this. If you have a boss who gives you an assignment, you will want to impress him and Nigerians as well and that for me is what has happened. ‎Is not that one person is better than the other, certainly not.”he sai 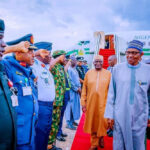 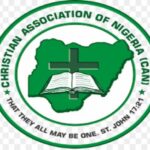 Event: Easter Special tagged ; He is Alive. A live event not to miss.. Read for more details