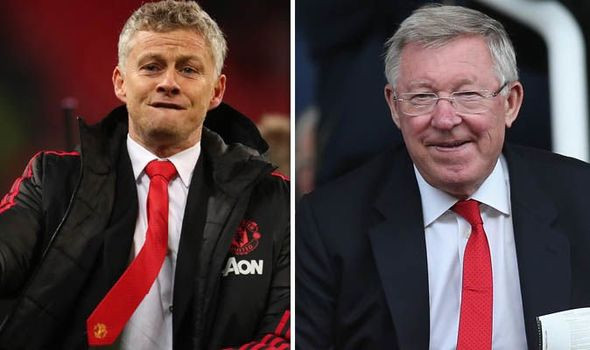 Gunnar Solskjaer won’t be sacked as Manchester United manager for now.
This comes after Sir Alex Ferguson reportedly told Manchester United to give his former player Ole Gunnar Solskjaer the chance to turn things around against Tottenham. Despite intensive speculation regarding the manager’s future, the Red Devils are now expected to stand Solskjaer for at least one more match, presenting him with an opportunity to prove he can turn things around following the 5-0 defeat to Liverpool.

United chiefs Richard Arnold and Ed Woodward held urgent talks with the Glazer family on Monday to discuss the situation but it is claimed they have decided to hold off on pulling the trigger for now, according to The Athletic.

And their decision to have some patience suggests they may finally have taken the advice of legendary former boss Sir Alex Ferguson regarding the managerial role.

According to Fabrizio Romano, United icon Ferguson played an integral role behind the scenes in convincing the club’s hierarchy to hang fire on the potential sacking of Solskjaer.

He tweeted: “Manchester United internal talks. Main part of board [Sir Alex Ferguson too] wants to give Solskjaer another chance to be in charge for Tottenham game. Red circle #MUFC

“Pressure still high around Ole. No official talks with Antonio Conte – but he’d accept the job in the next days too.”

Federal High Court in Lagos has ordered the permanent forfeiture of the $37.5m of former minister of petroleum