Very sad that not fewer than 14 people have died after an IS suicide bomber disguised in female clothing approached a camp for displaced persons in western Anbar, Iraq and detonated a bomb on Sunday evening. A majority of the victims were women and children.
The bomber carried out the attack at Kilo 60 camp, near the town of al-Wafa. Among those who died in the attack were two policemen.IS released a statement soon after claiming responsibility for the attack and claimed it had targeted an Iraqi army position. Provincial Councillor Taha Abdul Ghani told the Associated Press this morning that the bomber approached the site wearing a woman’s robe that covered his head and body. A sharp-eyed police colonel felt there was something suspicious about the figure covered in female clothing so he walked up to the attacker and embraced him in an attempt to shield others from the blast. The explosives vest detonated almost immediately killing the hero police colonel and others. The UN Humanitarian Co-ordinator for Iraq, Lise Grande, condemned the attack and said most of the victims had been people who fled there for safety.She said in a statement: “This is terrible. The people who were attacked had fled to Kilo 60 for their safety. Many have travelled huge distances seeking help.”Of late, the number of civilians fleeing IS-controlled areas in western Anbar has increased significantly, according to the UN. Between 25 and 28 June, as many as 900 people have arrived at the al-Nadhira checkpoint south of al-Qaim, while Kilo 60 was almost at full capacity. The head of the local council in al-Wafa said Kilo 60 would now be closed.“We know that fighting is likely to intensify in these areas in the weeks ahead and we worry deeply that civilians will be at extreme risk,” Ms Grande said.

Shiite like other religious communities, had the right to assemble — US 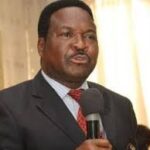 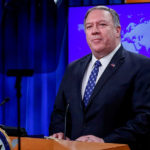