The palliatives brought to Suleja LGA from the apex Government (Federal Government) as reported last week (click here to read) has been distributed and sharing concluded. Distribution of these palliatives commenced on Saturday 9th May 2020 and ended on Sunday 10th May 2020. The Monitoring and distribution committee at the Suleja Local Government Level shared all items to all the ten (10) wards ( Magajiya ward, Hashimi A, Hashimi B, Bagama A, Madalah, Iku South, Kurmin Sarki, Maje ward, Wambai, Bagama B ) in suleja LGA to their various sub distribution and monitoring committee.

According to IAMBESTNETWORKS reporter who was there live at the scene said each Ward had the following items:

The items were handled via the authority of each APC ward chairman and ward elected councilor together with few individuals who made up the ward Committee. Reports have it that some wards divided the items to zones and polling units while others made a large call out to the public for mass distribution in their wards. Each individual in each ward was expected to get at least 4 to 5 measures (mudus) of rice or other food items listed above.

Meanwhile on Monday 11th May 2020, some prominent persons who remained annoymous told our reporters who went round Suleja LGA for interview to assess the distribution of the palliatives were told that a large number of Suleja indigenes and residents were not aware of the palliatives nor were they contacted to receive theirs. Some said it only remained in the hands of the politicians while others stated that they received three to four measures of rice against the five(5) measures announced and few packs of noodles. Some who told our reporters that they received the palliatives thanked the Government for their show of love and concern in this hard times.

The distribution of the food items ended on Sunday 10th May 2020. A very close ally to Suleja LGA of Niger state told us that these items were readily made available via the support of Barr. Tanko Zakari Saka, Commissioner for Environment and Forestry Niger State.

Former Aviation minister, Femi Fani-Kayode, has reacted to claims Ayo Fayose, that the Federal government has seized the January allocation of the state.

It is clear that there is a climate of impunity in Nigeria. – USA 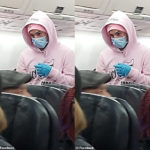