Why do women cheat in a relationship? – Priscilla Chigudu

Women have been found cheating in relationships nowadays. I know my fellow ladies will say, “guys cheat too.”

Nah! They do but trust me, they still respect the real woman in their heart.

Relationship is a mutual establishment between two mature people. To start it, both parties have to first of all know what they are going into.

A friend of mine ran to me back then in our higher institution. She said she wanted to cheat on her man because he was cheating on her too. That’s revenge right? I asked her if she still love her man and her answer was yes. Then, I told her to just keep loving him than cheating on him.

You must be curious to know why “keep loving a cheat” as the way out. Truth is, it is the nature of men to cheat. And a man can keep one wife at home, but woman? Nah…

So, why do women cheat in a relationship?

Because they are not patient enough – A woman who is patient will not think of cheating rather build the habit of prayer for intervention in the relationship.

Because she wasn’t ready for the relationship at the first place – An immature girl will take cheating on her man as a way out to deal with her cheating boyfriend. Relationship is not sweet all times, be ready enough to fight every odds than cheating.

Because she’s not being satisfied byhis man. – I will advise before accepting the guy, know his stability in every aspect of his life. Don’t manage a man when you aren’t going to be satisfied with the little he would offer.

Because they fear to be abandon bythe guy one day. – Ladies keep two guys in order to run to plan B if plan A fail. A lady with this belief is likely to be a player because there’s no way you would handle two men. With what?

Lastly, women cheat because they want to satisfy their immediate needs and doing so, they believe multiple men can only do that, other than one boyfriend. – Priscilla Chigudu 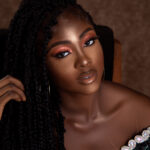 WEEKEND COUTURE: The Power Of Fashion & the exhibition of Kanga Couture (Part 1) 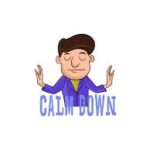 Words In Pen: “Be Calming Down” – Abigail Moses Bashir 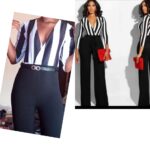