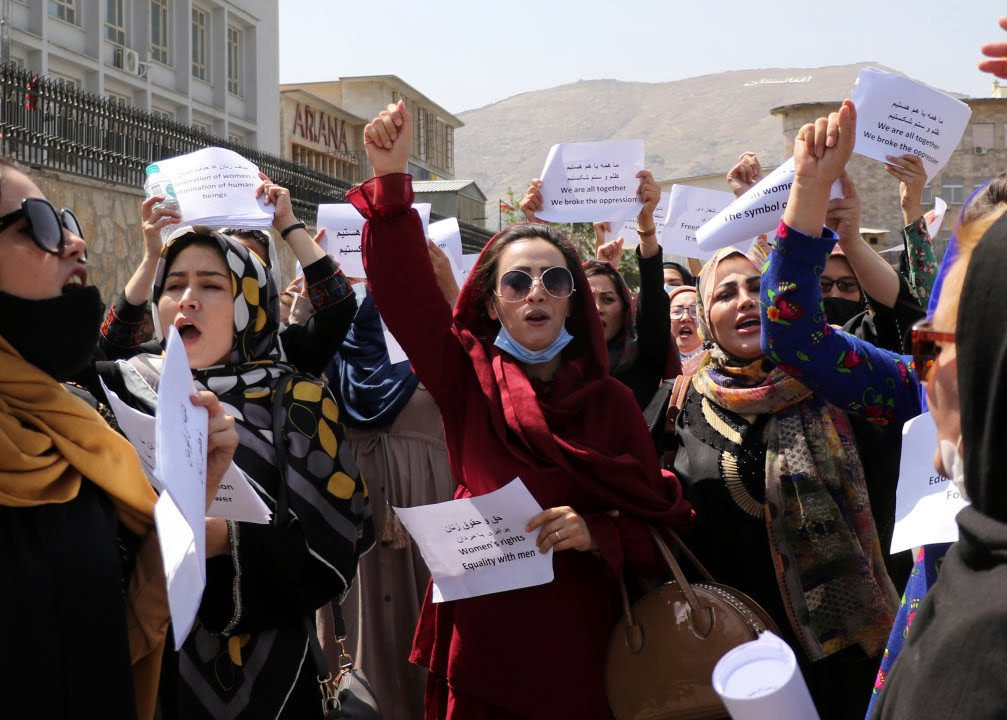 Afghan women rights activists on Friday, September 3, took part in a demonstration in Kabul on September 3 calling for equal rights and full participation in political life.

Despite possibility of being attacked the Taliban who now control Afghanistan, a group called the Women’s Political Participation Network marched in front of Afghanistan’s Finance Ministry, chanting slogans and holding signs demanding involvement in the Afghan government and calling for constitutional law.

Reports say there was a brief confrontation between a Taliban guard and some of the women.

The gathering, though relatively small is remarkable and unusual public challenge to the Taliban rule who are known to be repressive towards women.

Since taking over power, Taliban leaders publicly say that women will play a prominent role in society and have access to education but reports in the country point towards a reinstating of harsh policies of Taliban rule two decades ago, when women disappear from public life, have no access to education or work.

The demonstration in Kabul comes one day after women staged a similar demonstration in Afghanistan’s western city of Herat. Women in that protest held a large sign that said, “No government can be long lasting without the support of women. Our demands: The right to education and the right to work in all areas.”

Lina Haidari, a protester at the Herat demonstration, said;

“I want to say that I was forced to stay at home for the crime of being a student 20 years ago,”

“And now 20 years later, for the crime of being a teacher and a woman.”

Last month, Taliban spokesperson Zabiullah Mujahid said women should not go to work for their own safety, a slap on the group’s efforts to convince the international community that the they would be more tolerant towards women than when they were last in power.

Return of President Buhari: The Recap…