We are greeted almost on a daily basis with a barrage of news of young Nigerians who are arrested while attempting to traffic hard drugs such as cocaine and heroin both within and outside the country. The United Nations office on Drugs and Crime (UNODC) defines drug trafficking as the illicit global trade that deals with the cultivation, manufacture, distribution and sale of substances which are subject to drug Prohibition laws. The most commonly trafficked drugs are cocaine, heroin, morphine, cannabis sativa (Indian hemp) and crystal methamphetamine . The origin of Nigeria’s drugs trafficking problem can be traced to the period just aіer the Second World War. Nigerian soldiers who had served in Burma, India, came back with seeds of the cannabis sativa plant. They went ahead to experiment with its cultivation and discovered that the plant does very well in some parts of Nigeria and this led to a rise in the cultivation of the plant. It was just a matter of time before the potentials of a high population, improving economy and a growing air transportation system would position Nigeria as a potential market where drugs tracking can grow as well as a producer. In subsequent years, Nigeria became a transit/tracking point for category “A” drugs such as cocaine, heroin and other illicit substances intended for Europe, East Asia and North American markets . The Nigeria Drug Law Enforcement Agency reported that large amounts of cocaine smuggled from South America into Europe and North America passes through Nigeria. The most widely abused and locally tracked illicit drug in Nigeria and indeed West Africa is cannabis, in its herbal form because it is quite affordable and readily available due to the fact that it is cultivated and produced locally. Illicit drugs are usually smuggled across the nation’s land, air and sea ports.
Those smuggled through air are usually wrapped in protective film and swallowed, to be excreted at the destination of the trafficker or are tucked away in the smugglers luggage. Until the advent of the NDLEA, the Board of customs and Excise (now Nigeria Customs Service) and the Nigeria police were the major drug interdiction organs of government, while the Federal Welfare. Department was charged with the counseling, treatment and rehabilitation of drug dependent persons. From the activities of the Agency over the years, it is evident that government made no mistake in establishing the body that has become the reference point and the leading light in global effort against drug cultivation, trafficking and abuse.

Illicit Drug trafficking as Obstacle to National
Development and Security .

In the past decade, there has been significant growth in the illicit
trafficking of drugs, people, firearms and natural resources.
Trafficking in these and other commodities is generally characterized
high levels of organization and the presence of strong criminal
groups and networks. While such activities existed in the past, both the
scale and the geographic scope of the current challenge are
unprecedented. In addition to
tarnishing Nigeria’s image as a nation, drug trafficking also has
negative impacts on its security, economy and the well-being of
Nigerians.
The proceeds from drug trafficking can potentially be a
source of funding for non-state armed and terrorist groups. The
activities of these groups result in prolonged conflicts instability and
consequently overthrow of governments.
Transnational organized crime and drug trafficking is of growing
concern, and particularly illicit trade’s broad impact on development.
Drug trafficking has particularly severe implications because of the
vast illegal profits it generates: an estimated 322 billion dollars a year.
In several drug production and transit regions, criminal groups
undermine state authority and the rule of law fuelling corruption,
compromising elections, and hurting the legitimate economy. In all
cases, criminal influence and money are having a significant impact on
the livelihoods and quality of life of citizens, most particularly the
poor, women and children.
The 2005 World Summit Outcome Document expressed Member
States’ “grave concern at the negative effects on development, peace
and security and human rights posed transnational crime, including
the smuggling of and trafficking in human beings, the world narcotic
drug problem and the illicit trade in small arms and light weapons.”
The General Assembly has most recently reiterated this concern
and noted the increasing vulnerability of states to such crime in
Resolution A/Res/66/181 (Strengthening the United Nations Crime
Prevention and Criminal Justice Programme, in particular its technical
cooperation capacity). The Assembly has also recognized that “despite
continuing increased efforts States, relevant organizations, civil
society and non-governmental organizations, the world drug
problem…undermines socio-economic and political stability and
sustainable development.” A/Res/66/183 (International Cooperation
Against the World Drug Problem).

As economic development is threatened transnational organized
crime and illicit drugs, countering crime must form part of the
development agenda, and social and economic development
approaches need to form part of our response to organized crime. If we
are to ensure that the MDGs are achieved, we must strengthen strategies to deliver these goals, including stepping up efforts to
address issues such as money laundering, corruption and trafficking in
wildlife, people and arms, and drugs. Organized crime and drugs
impact every economy, in every country, but they are particularly
devastating in weak and vulnerable countries. Weak and fragile countries are particularly vulnerable to the effects of transnational
organized crime . These countries, some devastated war, others
making the complex journey towards democracy, are preyed upon by
crime. As a result, organized crime flourishes successes in
development are reversed, and opportunities for social and economic
advancement are lost. Corruption, a facilitator of organized crime and
drug trafficking is a serious impediment to the rule of law and
sustainable development. It can be a dominant factor driving fragile
countries towards failure. It is estimated that up to US$40 billion
annually is lost through corruption in developing countries.
Drugs trafficking undermine development eroding social and
human capital. This degrades quality of life and can force skilled
workers to leave, while the direct impacts of victimization, as well as
fear of crime, may impede the development of those that remain. By
limiting movement, crime impedes access to possible employment and
educational opportunities, and it discourages the accumulation of
assets. Crime is also more “expensive” for poor people in poor
countries and disadvantaged households may struggle to cope with the shock of victimization. Drugs and crime also undermine development
driving away business. Both foreign and domestic investors see
crime as a sign of social instability, and crime drives up the cost of
doing business. Tourism is a sector especially sensitive to crime issues.
Drugs and crime, moreover, undermine the ability of the state to
promote development destroying the trust relationship between the
people and the state, and undermining democracy and confidence in
the criminal justice system. When people lose confidence in the
criminal justice system, they may engage in vigilantism, which further
undermines the state.

Finally, individuals who become dependent on or addicted to
trafficked substances could suffer from social,psychological and
psychiatric complications with resultant untoward effects on
themselves, their families, work, communities and the nation at large.

# Say No To illicit Drug Trafficking 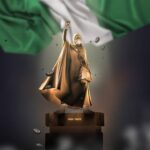 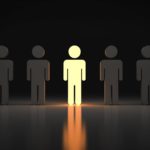