Yesterday Saturday, Obaseki was officially sworn in the Chief Judge of the state, Justice Cromwell Idahosa, after taking the oath of office at the Samuel Ogbemudia Stadium Benin city.There were lots of  dignitaries at the ceremony and they include former Head of State Yakubu Gowon, Senate President, Bukola Saraki, Lagos State Governor, Akinwunmi Ambode, Ogun state governor, Ibikunle Amosun and bilionaire businessman, Aliko Dangote.
Reports have it that he was seeing around Edo streets thanking his supporters for voting him 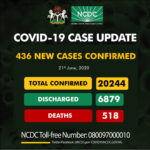 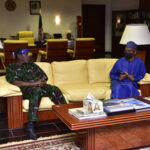