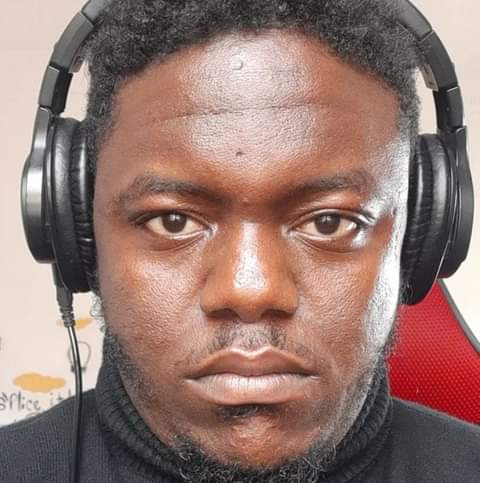 On Wednesday 10th October 2021, Mr. Ikharo Attah and the Ministerial Committee on Demolition with armed police men stormed Kubwa in Abuja and demolished buildings rendering residents especially indigenous people of Kubwa homeless. Tee Jay Dan who is an indigene of Kubwa has written an open letter to Mr Ikharo Attah in regards to the inhumane action melted on the people of Kubwa. Read the letter below, it’s a must read:

Yesterday, the 10th of November 2021, you and your gangster squad of armed policemen and soldiers unleashed terror on the good people of Maitama in Kubwa. You claim to be on a mission to sanitize the federal capital territory bygetting rid of beggars and demolishing illegal structures. That’s well and good. But, allow me to educate you a little about the FCT that you claim to want to sanitize. I’ll begin with the community that you terrorized yesterday.

On the 31st of August 1990, the federal government invaded the Maitama community with armed mobile policemen like you did yesterday. Just like you, they claimed to be on a mission to sanitize the FCT. What they did was to force our parents and grandparents out of their ancestral lands. Each family was given N1000 and escorted out of Maitama to a new place called Kubwa. Women and children cried. The men couldn’t fight because they were outmanned and outgunned.

They will spend the next 30 years trying to get justice through protests, public hearings and lawsuits. None has worked. This year, which makes it the 31st year since we were forced out of our homes, the government struck again, through you.

Since you did not offer anyone any explanation about what happened, let me help you itemize the two prominent justification given your apologists. First, they say that the shops needed to be demolished in the wake of the recent kerosene explosion that claimed lives and destroyed properties. Secondly, they say that the management of the Maitama market is losing money since vendors have refused to move into the empty shops. These are both laughable and blame-shifting excuses. The kerosene explosion happened as a result of the FCT administration’s failure to regulate the market activities. The market’s management on the other hand cannot use force to drive patronage. You don’t peg your rates above the capacity of your potential customers then turn around and bully them. Mr. Attah, all that your talk about sanitizing the FCT is balderdash in this context. Your actions are in sharp contrast to your words.

You claim to destroy those structures because they are illegal. But you lie, those shops were built on the remaining plots of our compounds. You claim that they were too close to the road, but again you lie. We have pictures and videos to prove that those buildings were specifically targeted. The Maitama market which you are protecting is even closer to the road than all the shops that you demolished.

But you already know this, don’t you? Because when the Maitama youth leader approached you to enquire about what was going on, you ordered your men to beat him up. You made sure that he was tied up like a street thief and his legs pounded upon with wood. Your gangster policemen didn’t spare anyone, they pounced on both old and young men. Some of them bragged to your hearing that they would waste the lives of anyone who dared ask any question.

You cannot say that you didn’t know, Mr. Attah. You knew about the violations that were taking place. In fact, you ordered for people to be brutalized. It was you, Mr. Attah, who cautioned the policemen to be careful so that people don’t post about the operation on Facebook. You told them to take people to hidden corners and deal with them.

I am writing this letter to let you know that we will fight this inhuman act all means necessary. We are not our parents and this is not 1990. You must respect us and we shall defend our dignity as humans. We are holding you personally accountable for the terror that befell the good people of Maitama yesterday. We also will make sure that the world remembers that when Abuja eventually begins to burn, you contributed to the fire. You caught us unaware this time, but I assure you that next time you’d have to kill the entire community. But we’re not only sitting and waiting, we are taking steps. The first step is to show the world the faces of those whose humanity you took away yesterday. You didn’t want the internet to know about your gangster Messianic complex, now we are telling the entire world and it is only the beginning.

The difference between us and our parents is our willingness to die to protect our humanity. We are a peaceful people, yes, but unlike our parents we are not interested in keeping calm where we are constantly being violated.

Finally, Mr. Attah, in case you didn’t know, yesterday was the 26th anniversary of the murder of Ken Saro Wiwa. Remember Ken Saro Wiwa, no? Yes, I’m talking about the writer and activist that was murdered your role model. Anyway, I’ll leave you with one of my favorite quotes from him:

“The men who ordain and supervise this show of shame, this tragic charade, are frightened the word, the power of ideas, the power of the pen.”

Like Ken Saro Wiwa, we are not afraid of dying because any one of us that you kill becomes more dangerous to you. Unlike Ken’s generation, mine has got more than just words.

Until you hear from us again,
My name is Tee Jay Dan.

Court in Lagos has ordered the final forfeiture of the sum of N449,597,000 found in Lagos

5 foods you should not eat again