“And Jabez was more honourable than his brethren: and his mother called his name Jabez, saying, because I bare him with sorrow.
And Jabez called on the God of Israel, saying, Oh that thou wouldest bless me indeed, and enlarge my coast, and that thine hand might be with me, and that thou wouldest keep me from evil, that it may not grieve me! And God granted him that which he requested.” (1 Chronicles 4:9 -10).

The first thing I would like to say today is, it does not matter what name you where given from birth, but rather what change do you demand from God, the situations attached to your name. Many names are earthly defined but not Heavenly approved.
Note the following:

1. And his mother called his name Jabez, saying “Because i bore him in sorrow.” The mother of Jabez conditioned his destiny to a certain situation. The Bible speaking in Hosea 4:6a says that my people are destroy for lack of knowledge.

Her inability to spiritually discern the destiny of her young child almost made her to burry his potential in obscurity of pain and sorrow attached to the birth of Jabez.
Every name is pregnant with destiny.
Jacob could not prevail in life until he had an encounter and his name was changed to Isreal.
Simon became the leading apostle when his name was changed to peter.
Paul could not deliver the epistle he was pregnant with until he encounter a divine accident on his way to damascus.
What is inside you that could benefit your generation, but is locked up the name you where given from birth.

2. And Jabez called on God of Israel saying,… When you realize your worth and potential, the tools for reverse order is guarantee.

Jabez seems to be an exceptional beeing in reference to most of the leaders, when he realized his destiny was padlocked, into a sorrowful condition. His prayers were answered because of his obedience in life in reference to the will of God. His prayer was answered on the condition of his obedience in God’s words against the sorrowful condition his mother attached to his destiny.
Take hold of your destiny and fight every power and condition that will limit you in life.

PRAYER: O Lord may my life manifest its full purpose here on earth. In Jesus’Name.

PROPHETIC DECLARATION:
I decree and I declare upon your life today that every situation and condition attach to your birth to fight your destiny, today it is revered in Jesus’Name.
Amen.
Pastor Misheal Tomizayi
Voice of Tabernacle 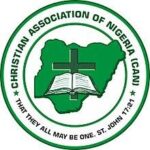