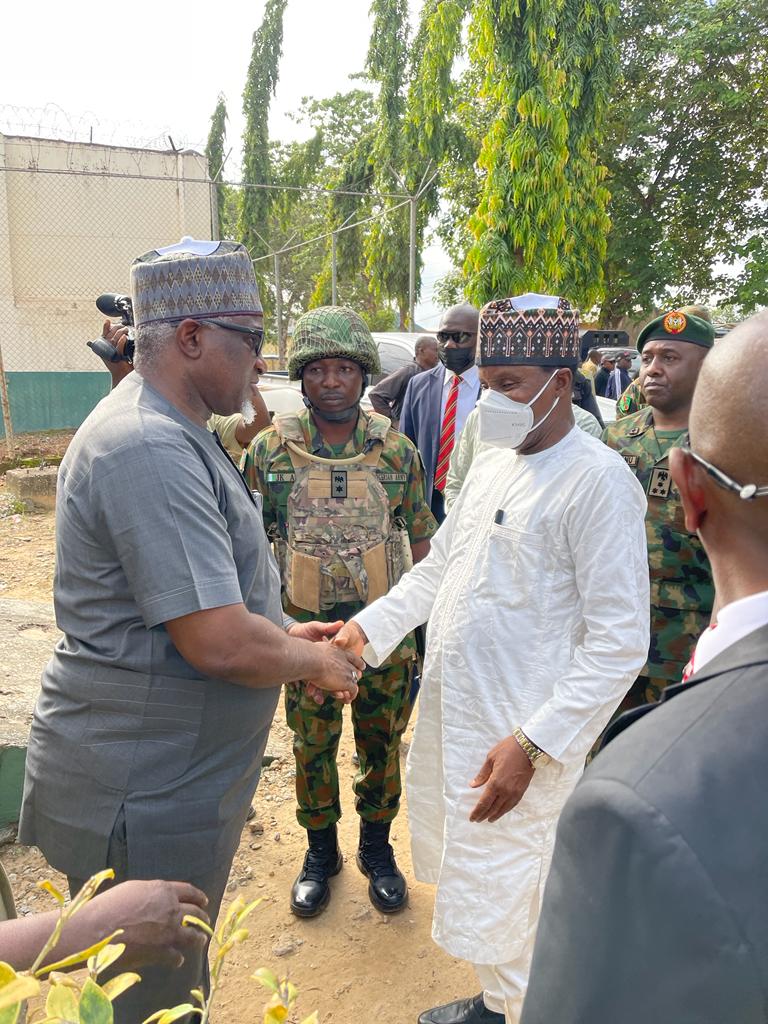 In a swift response to the last night security breach at the Medium Security Custodial Centre Kuje, the Minister of Defence Maj Gen Bashir Salihi Magashi (rtd) has conducted an on-the-spot assessment at the scene of the attack.

General Magashi who was received and conducted round the damaged facility the Permanent Secretary Ministry of Interior Dr Shuaib Belgore described the organised crime as unfortunate.

The Defence Minister who had to delay his flying time to Oweri, Imo State to attend the Nigerian Army Day Celebration NADCEL, was also briefed the Controller General  of Correction, Nigerian Correctional Service, Haliru Nababa as well as other heads of Military and Para- Military Agencies on hand at the location.

This was with a view to conducting a post- attack analysis  and to forestall a re-occurrence of the dastardly act the gunmen believed to be terrorists.

While fielding questions from Journalists at the scene, the Minister appreciated the timely repelling of the attack the gallant security operatives who were drafted in on reinforcement to contain the attackers who set free an undisclosed numbers of inmates.

He reassured Nigerians that the Commander-in-Chief of the Nigerian Armed Forces, President Muhammadu Buhari will be briefed and he gave an assurance  that the jailbreakers cannot go unapprehended and would definitely face the wrath of the law.

The Defence Minister disclosed that further briefs on the incident that led to the infraction will be received adding  that one life was lost on the side of the proactive repellants security forces. 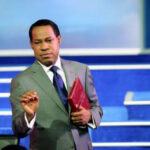 “You cannot tell God’s people how long they can spend in church.” – Pastor Chris challenges FG

Even the most independent and successful woman wants the man she loves to love, honor and cherish her. – Lagos pastor tells BankyW