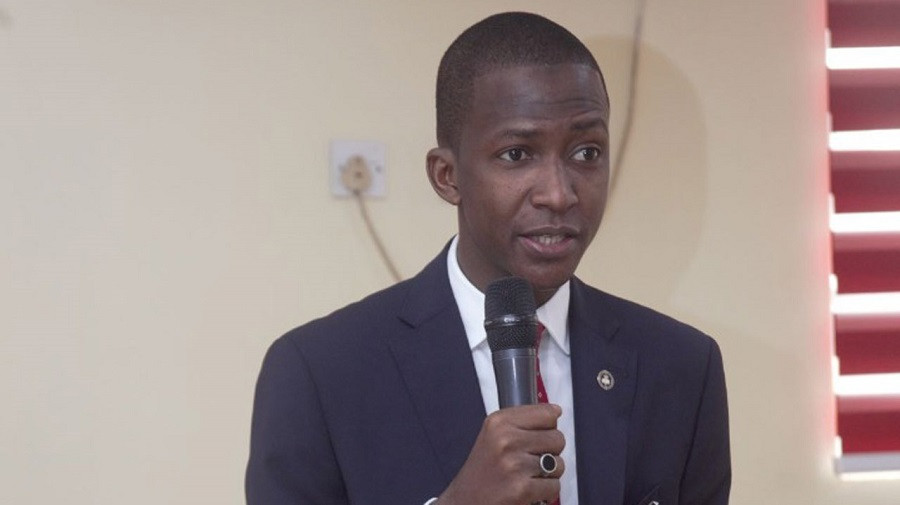 The EFCC Boss Abdulrasheed Bawa, was according to news rushed out of the Presidential Villa, Abuja , today, Thursday September 16, after slumping at an event.

According to Daily Trust he was giving a goodwill message at the National Identity Day celebration, when he suddenly stopped speaking and slumbed.

Bawa was allegedly talking about a man the commission arrested in Ibadan, Oyo state, with 116 SIM cards, when a stopped talking and covered his face with his right palm, saying “Please, excuse me, I can’t continue.”

Minister of Communications and Digital Economy, Dr Isa Ali Pantami and other senior officials at the event helped him get to his seat, but he slumped when he got to his seat and was rushed out of the state house.

Master of Ceremony (MC) later announced that the Bawa’s condition was stable, but those who rushed him out were yet to return to the hall when he said this.

“I am happy to announce to you that the EFCC Chairman is now stable.”

Buhari is a pseudo fascist leader who is taking Nigeria the way of Venezuela. – Open letter to international community Reno Omokri

Referee assaulted in Owerri after a match