Many were feared dead and others abducted, yesterday, in a fresh attack Boko Haram insurgents on Pallam community in Madagali Local Government Area of Adamawa State, local officials and residents have said. The attack came barely a week after the terrorists launched a similar attack on neighbouring Wanu, Kamale and Kafin Hausa communities of Michika and Madagali areas.

Pallam is the hometown of the Deputy Speaker of the Adamawa State House of Assembly, Emmanuel Tsamdu. Fleeing residents said the onslaught lasted for about five hours. “They sneaked into our town Pallam, midnight at about 11 p.m., and started shooting sporadically, killing and burning houses. They (Boko Haram) abducted some of our people mostly men. A fleeing resident, Abamu Japhet, said: “I escaped the whiskers and fled into hiding before escaping; no soldier came to our rescue. For now I cannot tell the exact figures of the casualties. It was terrible.” Member representing Madagali, Michika at the House of Representatives, Adamu Kamale, said the terrorists “killed even livestock, looted and burnt many houses.” Contacted, police spokesman in the state, Othman Abubakar, said he is yet to be briefed on the development, adding “I will get back to you later.” “I had a distress call that they have again launched night attack at Pallam. As we speak, the casualty figure is yet to be ascertained, but they killed and abducted people and also burnt houses.”Source: Vanguardngr 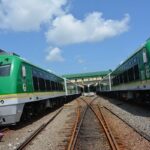