I laughed when everyone was angry because US president, Trump called African Countries with Nigeria inclusive “Shithole” countries.
Yes I laughed because he actually hit the nail on the head. Come to think of it, isn’t it true that Nigeria is a shithole country?  While other countries  celebrate years of no power interruption, peace , security, nuclear power launch, good economic principles, economic growth and development with immense joy the entry into a new year, Nigeria as a country is launching this new year with so much tears and  wailing, no fuel, hike in fuel and food prices. Mourning over the loss of loved ones and those we hold dear to our hearts. Some parts of Nigeria have experienced immense loss of lives and properties in inter tribal, religious, political and ethnic conflicts like Bwari in Abuja, Kaduna, Kwara, Adamawa, Borno and the most recent is the massive Benue killings Fulani herdsmen. With the recent massacre and death rate in Nigeria which ordinarily could be seen as genocide yet, the Nigerian government seems to be quite and gentle about the whole matter only organizing some political meetings here and there, making statements to cover up evils, defending the law breakers, comparing killings in last administration with killings in this administration as if killing is a competition in every government. Biafra agitators have been peaceful in the quest for their republic yet according to Reno Omokri, it didn’t take Buhari government a second to declare IPOB a terrorist group meaning IPOB are law breakers, they are threat to Nigeria’s sovereignty and that they cease to be legal citizens of Nigeria even though they never harmed an ant but its so unfortunate that Fulani herdsmen who have killed thousands just like Boko haram in the various parts of Nigeria are still embraced the Buhari administration and pampered. Worst of it all is the Fulani miyetti Allah released a statement saying the Benue people deserve what they got and that Nigerians should be ready for a more worst barbaric and merciless action from them(Fulanis). Yet, the Buhari Fulani led government has kept silent and is doing nothing about the whole matter. Different individuals, groups and organizations have expressed their hurts on governments quietness about the ongoing menace. Instead of Mr president to think of securing Nigeria, its people and making it better, he has rather chosen to campaign for 2019 general election. This is true as he is seen in the video where he was mesmerizing, asking Nigerians to vote him for the 2nd term because he has done nothing in the first tenure. Click to Watch the video here. You can imagine how inhuman a president can be. I wonder what his media team and Aids were thinking when they were shooting the video clip.

Just on Monday 15th of January 2018, the Boko haram released a video saying they are still alive and active in operation and yeaterday 16th Tuesday, a local government was attacked in Adamawa state same Boko Haram despite propaganda Buhari administration saying they have ended insurgency in North East. Security measures are yet to be tightened in Nigeria, all we see is just media propaganda. Its only in Nigeria that armed men can attack a village and massacre same village for hours and security men and government will claim to be ignorant only to appear after the deed is done. Government now should have  improved and tightened National security deploying more officers to threatened areas at least to reduce the fear in those left behind giving them a sense of security and also be proactive.

Victims have lost loved ones, children their parents, wives their husbands, husbands their wives in these part of the world especially North East and middle belt of Nigeria. A compensation plan should be made for victims left behind at least to clothe them and provide shelter for them but I know the president is not thinking that.
Instead he is busy arresting those who are saying the truth and criticizing him just as he has done to a pastor in Jos. Click to read more about it here. The truth is Nigerians can not take it anymore and every reasonable man irrespective of tribe, religion, ethnic group or family background knows Mr president do not deserve a second term.
Nigerian government has done “worst than bad” and sometimes one tend to ask that isn’t the last administration not better than this no matter how bad it was? Yes the present situation is not giving one a better option than that kind of thought.
The last thing Nigerians expected from this present administration is a failed government. Its so unfortunate that all the beautiful manifestos and agendas were just political strategy to win election and not to serve Nigerians.
We need a better Nigeria, we need a better government. Let the idea of restructuring be appreciated. Our founding fathers never wished this state of the nation for us. Let no tribe be abused and let no religion be disrespected. Its time to fix things and make our nation better and great again. Enough of the killings, enough of sectionalism, enough of fanaticism, enough of corruption, enough of naira devaluation, enough of strife and enough of hateful speech and actions.
Written by Shedy Elisha & Faith Hauwa Adama

This remains the property of I am Best Magazine and no part of this project maybe reproduced, stored in a retrieval system or transmitted in any form or  any means to be used publicly without prior permission or acknowledgement  of I Am Best Networks. Copy Right-2018 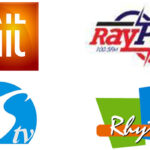 “Mr President has done so well in all ramifications.” – Labour Minister