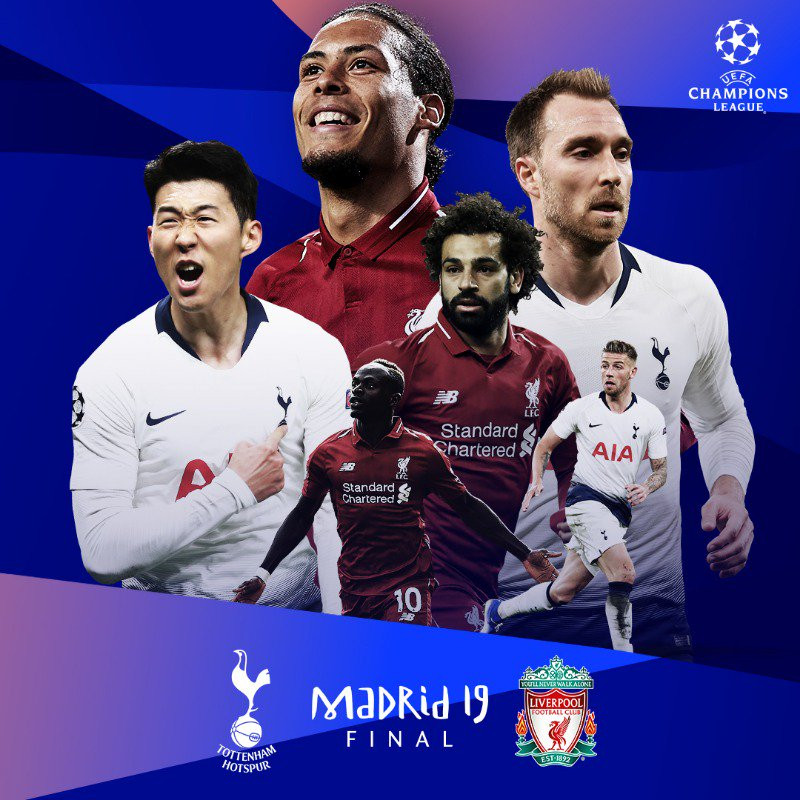 The Champions League final will be an affair between two English clubs, Liverpool and Tottenham Hotspur F.C in Madrid on June 1.

On Tuesday, Liverpool made one the greatest comebacks as they thrashedBarcelona 4-0 in the second-leg to complete a stunning 4-3 aggregate, despite the Spanish club initial 3 – 0 victory in the first leg of their semifinal clash.

In Wednesday’s semifinal match between Ajax and Tottenham Hotspur F.C, Lucas Moura scored hattrick to seal the game 3-2  for Spurs at the Johan Cruyff Arena in Amsterdam. The final scoreline was 3-3 on aggregate and this saw the visitors go through on the away goals rule.

Ajax, went into the second leg with a 1-0 from the first leg courtesy of Donny van de Beek‘s goal in London.

Five minutes into the game today when their teenage captain Matthijs de Ligt headed home from a corner kick. The Eredivisie leaders doubled their lead in the 35 minutes as Moroccan international playmaker Hakim Ziyechcurled.

But the downfall of Ajax began after Brazilian Lucas Moura slotted home on 55 minutes and then slammed the ball in from close range on 59 minutes to equalize on the night.

The biggest shocker of the night happened in the stoppage-time as Moura found the net again and scored his third goal in the 96th minuteto complete a second remarkable comeback for Premier League clubs in the Champions League.

English clubs, Liverpool and Tottenham will now face each other in the final game of the Champions League competition in Madrid on June 1.

JCLONE LIVE!!! AT TUNING SESSION… PLUS WHAT YOU SHOULD KNOW ABOUT HIM