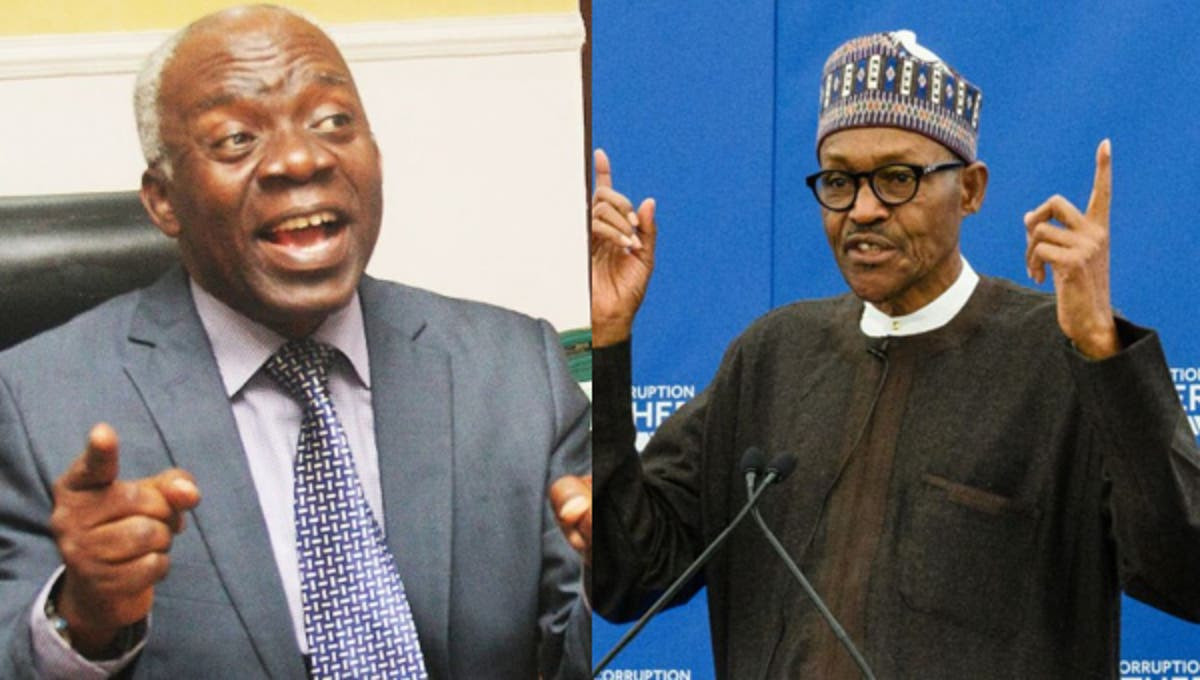 SAN (Senior Advocate of Nigeria) and Human Rights Activist, Femi Falana has faulted the appointments of the service chiefs which according to him is “inchoate”.

Falana in a statement he shared, argued that the service chiefs have only been nominated and not appointed because Buhari is yet to forward their names to the national assembly.

He backed this up with a 2013 judgment which described the appointments of Service Chiefs without the concurrence of the National Assembly as illegal and unconstitutional.

“Yesterday, President Buhari was reported to have appointed new service chiefs for the armed forces.

“Upon a critical review of the law on the subject matter the members of the Alliance on Surviving COVID-19 and Beyond (ASCAP) have found that the appointments remain inchoate as President Muhammadu Buhari has not forwarded the names of the proposed service chiefs to the National Assembly for approval in strict compliance with the relevant provisions of the Constitution and the Armed Forces Act.

“The appointments of service chiefs without the concurrence of the National Assembly which had been the practice since 1999 was challenged in the Federal High Court sometime in 2008 Mr. Festus Keyamo SAN (the current Minister of State in the Federal Ministry of Labour and Productivity) in the case of Keyamo v President Goodluck Jonathan (unreported Suit No FHC/ABJ/ CS/611/2008).

“In his landmark judgment delivered on July 2, 2013, Adamu Bello J. (as he then was) held that it was illegal and unconstitutional, null and void for the President to single-handedly appoint Service Chiefs without the approval of the National Assembly having regards to the combined effect of Section 218 of the Constitution and section 18 (1) & (3) of the Armed Forces Act..,” the statement read.

“Because it was acknowledged that the judgment was sound and unimpeachable the Federal Government did not challenge any aspect of it at the Court of Appeal.

“To that extent, the judgment is binding on all authorities and persons in Nigeria in accordance with the provisions of section 287of the Constitution”.

Falana went on to advice President Buhari to forward the names of the proposed Service Chiefs to both houses of the National Assembly for confirmation. He added that failure to do so, means that the said appointments are liable to be set aside on the basis of the valid and subsisting judgment of the Federal High Court.